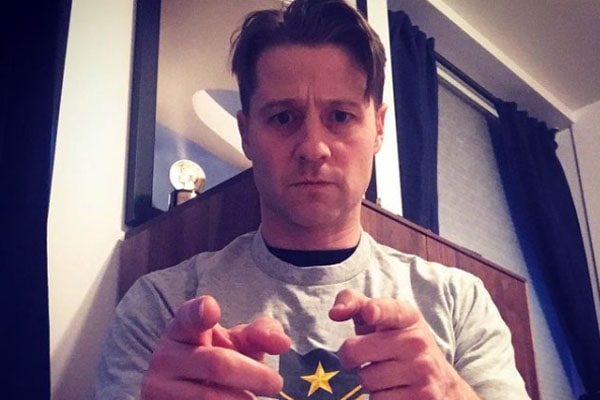 Ben McKenzie, born Benjamin McKenzie Schenkkan, is in the limelight ever since he appeared on The O.C. as Ryan Atwood. The nephew of the Pulitzer Prize-winning playwright, Robert Schenkkan, Ben is also famous for his roles in several other movies and T.V. series. Some of Ben McKenzie’s acting credits go to Junebug, 88 Minutes, Johnny Got His Gun, and the Batman-themed series Gotham. Besides, McKenzie was also a speaker at the Democratic National Convention in 2004.

Currently, the versatile actor Ben McKenzie is in a marital relationship with his Gotham co-star, Morena Baccarin, with whom he has two kids, Frances Laiz Setta Schenkkan and Arthur Schenkkan. Talking more about his personal life, he has two brothers, Zack Schenkkan and Nate Schenkkan. Here know some more about Ben McKenzie’s siblings, Zack and Nate Schenkkan, and know if they are also in the entertainment industry like their brother.

One of Ben McKenzie’s brothers is Zack Schenkkan, who also tried his luck in the film industry for a while in the past. He was popular for his small roles in the movies The O.C. as a kid in 2003 and DayDream as MC Ricky in 2008. But, Zack discontinued acting to pursue his career in the legal field.

Zack Schenkkan completed his Bachelor of Arts in History and English from Pomona College, where he attended from 2002 to 2006. Then, he enrolled at the University of California, Los Angeles, where he earned Juris Doctor (J.D.) in 2014. While in UCLA, Zack was its Law Review’s Editor-in-Chief. Also, he served as a judicial extern for the Hon. Judge George H. Wu at Spring Street Courthouse.

Before joining UCLA, Zack Schenkkan worked as a member of Business Development at APCM, a Los Angeles-based performance-based digital advertising agency. Similarly, after graduating from UCLA, Schenkkan served as a Judicial Clerk for the former Hon. Judge George H. King for a year from 2014 to 2015.

Ever since 2015, Zack is an associate in Quinn Emanuel’s Los Angeles office. He represents clients in several areas of the law. However, his practice aims at intellectual property lawsuits, particularly trademark and copyright. Zack has experience in all stages and aspects of legal works.

In 2017, Zack Schenkkan was the only associate on the trial team who secured an entire victory for Tsuburaya Productions Inc. It was a case concerning the international rights to the iconic superhero ‘Ultraman.’ The Daily Journal named his victory as one of its Top Defense Verdicts in 2017.

So, Zack Schenkkan is currently following in his father, Pieter Meade Schenkkan‘s footsteps as an attorney at Quinn Emanuel.

McKenzie’s Other Brother, Nate Schenkkan, Is A Yale University Graduate

Both of Ben McKenzie’s paternal grandparents were actors during their youthful years. As a result, the acting bug runs in the whole Schenkkan family’s blood, including Ben’s other brother, Nate Schenkkan. The youngest of the Schenkkan brothers, Nate is a Yale University graduate with BA in Political Science who worked in avant-garde theater in New York.

Furthermore, Ben Mckenzie’s brother, Nate Schenkkan, also has collaborated on the stage as an actor and dancer several times. Some of the stages plays in which Nate worked include Betrothed, Death in Vacant Lot!, The Eliots, and many more. Moreover, he has also worked with ARTO theatrical company in Moscow. Similarly, Nate acted in New York’s productions at the Women’s Project, the Watermill Center, and PS 122.

This is what it looked like getting the shot, except I’m taller and my arms are smaller and I didn’t take off my shirt because they only needed to reach my upper arm pic.twitter.com/MbjuDMwvbL

Nate Schenkkan completed his master’s degree in Russian, Eurasian, and Eastern European studies from the Harriman Institute at Columbia University. Currently, Schenkkan serves as the Director of Research Strategy at Freedom House (FH) after working as its Director for Special Research for some years.

Schenkkan previously worked as the Director for Nations in Transit, FH’s annual survey of democratic governance from Central Europe to Eurasia. Also, he was a Senior Program Officer for FH’s Eurasia programs, covering Turkey and Central Asia. Nate handled the post of the lead researcher and co-author of two FH special reports. He co-authored Democracy in Crisis: Corruption, Media, and Power in Turkey and The Struggle for Turkey’s Internet.

Before joining Freedom House, Nate also served as a journalist in Kyrgyzstan and Kazakhstan.

Both Of McKenzie’s Siblings Are Married

Ben McKenzie’s siblings, Nate Schenkkan and Zack Schenkkan, are married. Nate is in a marital relationship with the celebrity Armenian-American photojournalist and author Scout Tufankjian. His wife, Scout, is famous for her photos of former American President Barack Obama’s campaign leading up to his presidency. The pair took their wedding vows in August 2010.

Similarly, Zack Schenkkan is married to Camille Schenkkan, the Interim Director of Education & Community Partnerships at Center Theatre Group. Together, they have two kids.

Ben McKenzie and his family share a great bond with both of his brother’s families. They often meet each other and enjoy their free time together, traveling to various destinations. Moreover, the Schenkkan siblings never miss out on wishing each other during their happy times via social networking handles. In 2015, when Ben McKenzie’s wife, Morena Baccarin, was pregnant with their first child, Zack’s wife, Camille, congratulated them via a sweet tweet.

Hence, Ben McKenzie’s siblings, Zack and Nate, are finding success in their own chosen fields and reside near one another. We hope the Schenkkan sibling’s bonding remains strong till eternity and wish them all the best for their upcoming days.