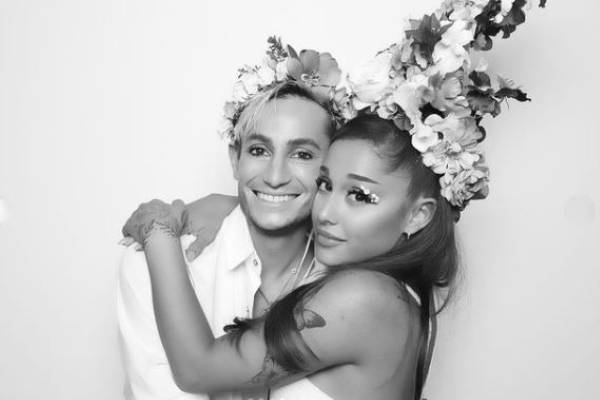 Ariana Grande is a name synonymous with success in the current music world. She first found fame as a Nickoledean star but has now established herself as a pop star. Grande has received several accolades, including Grammy Awards, Billboard Music Awards, MTV Video Music Awards, among others. In addition, she is recognized for her wide vocal range and is compared to Mariah Carey.

Along with her successful career, Ariana’s personal life has also been talked about in the media a lot. While her romantic life has been in the spotlight for many years, Grande’s most important relationship might be with her brother. Ariana Grande’s brother Frankie Grande is also involved in the entertainment business. The pair are very close to each other and undoubtedly lean on each other.

Today let’s talk about the relationship between Frankie Grande and Ariana Grande and look into their close bond.

Also Read: Find Out The Close Bond Between Brooke Henderson And Her Sister Brittany Henderson

Looking at the brother-sister duo, you might be surprised to know that they are ten years apart. Frankie was born in 1983, while Arian was born in 1993. They are half-siblings from their mother, Joan Grande‘s side but are as close as full siblings. Frankie had always wanted a younger sibling, and with Ariana’s birth, he gained not only a sister but also his lifelong best friend.

The Grande siblings grew up in Florida and were interested in the entertainment industry from an early age. They have performed in Broadway musicals and showcased their talents in various forms. They shared the dreams of becoming famous and helped each other establish their respective career.

Frankie Grande and Ariana Grande are those siblings who are in tune with each other. Having grown up in the spotlight, the brother-sister duo shares a close bond. They are each other’s biggest supporters, as well as the person they can fall back on after facing difficulties. Whether it is relationship troubles or career advice, Frankie and Ariana are there for each other in every step.

Moreover, in an interview, Frankie revealed that he and his sister talked 24/7. Even when they are separated by distance, the Grande siblings make time to check up on each other. They are on FaceTime for an hour per day when they are not in the same place. Both Ariana and Frankie have stated multiple times that they are each other’s best friends.

As stated above, Frankie and Ariana Grande share a close bond, so it is no surprise that they trade relationship advice. Ariana has dated celebrities like Mac Miller, Pete Davidson, and Big Sean. All of these relationships ended on a sour note, but Grande seems to have found her forever love. She recently married her boyfriend, Dalton Gomez, in a private ceremony.

As for her brother, Frankie Grande is openly gay and is currently engaged to Hale Leon. The pair have been together for two years and got engaged surrounded by family and friends. Before Hale, Grande was in a relationship with a married couple. However, they split after few months.

With such elaborate dating history, it is no surprise that the Grande siblings lean on each other during hard times. Both of them have gone through failed relationships and are there for each other when in need. Frankie even revealed that Ariana was one of the first people he came out to. And the only thing the then-11-year-old singer said was when she could meet her brother’s boyfriend.

Therefore, it is no surprise that Frankie trusts his younger sister to give him relationship advice.

Biggest Supporters Of Each Other

Aforementioned, Frankie and Ariana Grande have been each other’s biggest supporters since they were young. Whether it was Ariana landing her big break on Victorious or Frankie’s Broadway performances, the siblings are always in the audience cheering for the other.

With Ariana performing on major award shows, we can see Frankie on the front row singing and dancing along with his sister. Many of Grande’s fans have noticed Frankie cheering and applauding the singer on multiple occasions. If this does not show the love they have for each other, we don’t know what will.

Furthermore, Ariana also does not shy away from praising her big brother for his achievements. She took to social media to congratulate Frankie on his sobriety journey. Grande mentioned that Frankie was a superhero for her and mentioned that he made her very proud. Frankie thanked her for her support and replied with similar sentiments.

Throughout the years, we have been privy to many of Frankie and Ariana Grande’s beautiful brother-sister moments. They have both fulfilled their dream of becoming famous and are currently enjoying their respective career. Let’s hope we get to see more of the Grande siblings in the future. We wish them all the love in the world.