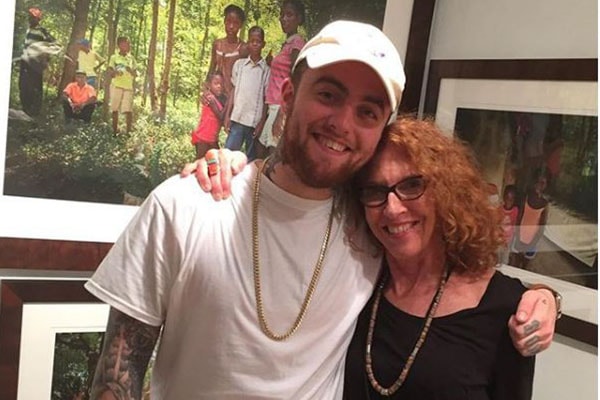 Mac Miller’s mother Karen Meyers is a photographer whereas his father Mark McCormick is an architect. The mother of two, Karen Meyers was very close to her son  Mac. If you know Mac Miller, then you must know his mother as well. The singer did not miss a chance to show gratitude and love towards his mother.

Professional photographer Karen Meyers has been delivering excellent work for over two decades. She works with a wide range of clients and industries including healthcare, education, finance, and foundations. Karen Meyers has been collaborating with award-winning regional and national design firms and advertisement agencies.

The successful photographer works with institutions like BNY MELLON and Fairmont.  Karen Meyers also has an official site where she shares her beautiful work.

Karen Meyers is very active on social media. The photographer knows how to keep her fans updated. The loving mother was the biggest fan of her son. Karen did not hesitate to support and promote her beloved son’s work.

Several pictures of Karen Meyers’ close ones are available on her Instagram. Most importantly, Mac Miller was the center of her happiness. The heartbroken mother likes sharing sweet memories of her late son in social media. She also loves nature and animals. Karen Meyers enjoys maintaining a healthy lifestyle as well as cycling and exercising.

As a mother’s love for her child is unconditional Karen’s pain is indescribable. The heartbroken Karen Meyers has shared an adorable photo of herself with her son one day after he died. In the photograph, Mac Miller whose real name is Malcolm McCormick and his mother are smiling at a Pittsburgh Pirates baseball game.

Karen has given a caption of a broken heart emoji for the picture. Karen Meyers stated that Mac Miller was a bright light in this world for his family, friends, and fans.

The fantastic rapper Mac Miller died on  7th September 2018, in Studio City, California, the U.S. He died because of an apparent overdose of drugs. Miller was struggling with depression as well as stress.

To manage his situation he began taking promethazine, and later became addicted to purple drank (lean). Karen Meyer’s son Mac Miller was taking drugs daily in 2014 and claimed that the final track on Faces was supposed to be the last song made on Earth.

As stated before Miller’s mother Karen Meyers has been the biggest fan of her son, throughout his career. On the rappers first birthday after his death, the loving mother shared details regarding his birth certificate. Mac Miller’s family also made an appearance in the Grammy Awards-2019 in honor of their late son.