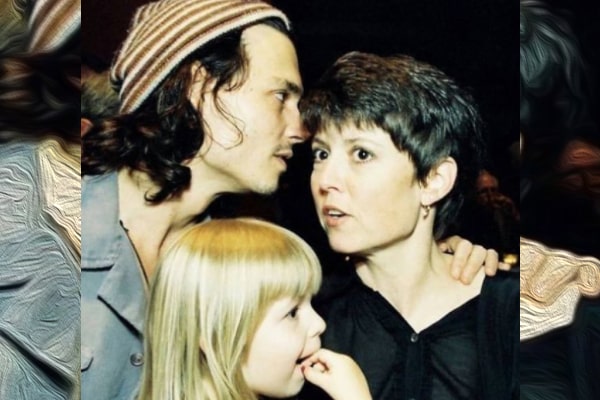 Johnny Depp's sister Christi Dembrowski is a film producer and has worked with her brother in a few projects. Image Source: Proudepphead's Instagram.

Hence, let’s look into Johnny Depp’s sister, Christi Dembrowski, ‘s life and how her brother loaned her $7.1 million. Did she pay him off? Read until the end to know.

Johnny Depp’s sister, Christi, was born on December 21, 1960, to Betty and John Depp. She and her brother were bit by the Hollywood bug at a very young age.

Thus, growing up, Christi became a successful film producer at her brother’s company, Infinitum Nihil. She has been working as a producer since mid 90. Furthermore, according to Christi Dembrowski’s IMDb, she has been credited for 25 shows for additional crew and nine films as a producer.

Likewise, Depp’s sister worked at Waiting for the Barbarians as an executive assistant. Similarly, some other movies she’s served as an assistant are Fantastic Beasts: The Crimes of Grindelwald, Pirates of the Caribbean: Dead Men Tell No Tales, etc.

Since a film producer makes a decent amount of money, Christi Dembrowski’s net worth must have increased throughout the years.

However, Johnny was rumored to have loaned her $7.1 million.

As mentioned earlier, Christi worked in her brother’s company as a film producer and president. However, she got involved in a messy financial suit in 2017.

According to the filing, Depp loaned approximately $7.1 million to his sister, Christi Dembrowski, over the tenure of 17 years. Also, the suit states that Depp and Dembrowski agreed that she would compensate through informal loans.

Likewise, the statement also included that Deep had not asked her to return any of the money and remains the president of the production company.

Rayburn further added that she was instructed to notarize Depp’s signature on financial documents when he was not present. Also, she called Christi a ‘nasty b*tch’ and revealed that Johnny’s lawyer and accountant allowed Christi to use his money for personal expenses.

Hence, Christi was accused of using Depp’s money for her daughter’s wedding, vacations, a new pool, etc. And when Rayburn confronted Christi, her response was, “He’s my brother’. My money is his money. His money is mine.”

Johnny Depp’s family is a very closed one and thus never makes public comments regarding their family issues. However, Christi Dembrowski became the first to talk about Depp’s shocking divorce announcement with Amber Heard.

Furthermore, Depp’s sister talked about his state in the wake of the shock of divorce after just 15 months of marriage. Depp’s ex-wife, Amber Heard, had filed her divorce three days after his mother, Betty Sue, passed away.

TMZ reported that Dembrowski, Betty, along with Depp’s kids by Vanessa Paradis, did not have a good relationship with Heard. Rumors that tension between Amber and Johnny rose because of a family feud and her lesbian friendships.

Regardless, Depp’s sister, Christi, assured that the family is coping well with their mother’s loss and her brother was doing fine after the announcement.

Additionally, in April 2022, Christi’s brother, Johnny, was in the defamation trial against Amber. In court, he revealed some shocking family issues he had faced during his childhood.

Johnny opened up about the abusive nature of his mother. He recalled how his mom used to give him an irrational beating as well as all kinds of physical and psychological abuse. In addition, he also disclosed that he started to take the drug which his mom used to get overdosed on to cope with the trauma he was going through.

Johnny Depp’s sister, Christi Dembrowski, not just worked as a producer; she has been married to her husband, Daniel Dembrowski. Furthermore, the Dembrowski couple welcomed four kids together.

Unfortunately, Christi likes to keep her life lowkey. Therefore, we do not know much about her marital life. But, as mentioned earlier, Christi reportedly used her brother’s company’s money for her daughter’s wedding.

Regardless of the privacy and controversy, Johnny and Christi Depp might have repaired their relationship ever since. Thus, let’s hope to hear more of Christi in the coming days.