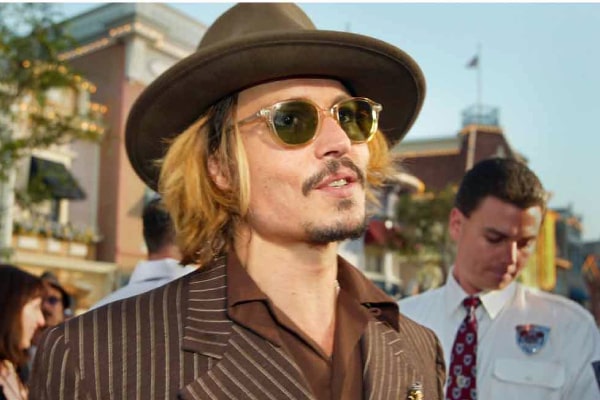 Actor Johnny Depp‘s brother, Daniel Depp, has worked hard as a professor, writer, and bookseller. Although he is overshadowed by his brother’s success as an actor, the Depp brothers still maintain a strong bond with one another.

Therefore, here are interesting facts about Daniel Depp and his whereabouts. Read until the end to know more about his lifestyle, career, & net worth.

Johnny Depp’s brother, technically half-brother, Daniel Depp, was born to Betty Sue Palmer and her first husband on November 14, 1953. However, Daniel’s parents divorced when he was only four years old. Thus, his mother worked as a waitress to sustain the family, i.e., Daniel and his younger sister, Debbie Depp.

While talking to The Guardian, Daniel revealed that he was never close to his biological father, who died decades ago.

Originally from Kentucky, Daniel Depp and his family moved around a lot as his father struggled to find work. Thus, they moved constantly and thus revealed that he lived in 75 different homes once he worked out.

Moreover, when Daniel’s mother and step-father divorced in 1978, the sibling fell into a dark time. Their mother started to overdose on drugs and developed abusive nature. She used to abuse them with all kinds of physical and psychological means.

Not only that, to cope with the trauma, Daniel’s half-brother, Johnny, also started to take drugs. It must have been hard for all of them, but they overcame all the difficulties life put on them and accomplished a peaceful life.

Furthermore, Daniel admitted that the shortcoming taught them to become resourceful. Likewise, he also explained that the experience of such drew two brothers together and remain close.

Never Envious Of His Good-Looking Brother

Although Johnny Depp’s half-brother, Daniel Depp, rarely shows himself forth camera or is available on social media, he is often described as less attractive than our beloved Jack Sparrow.

Despite the little physical resemblance between the Depp siblings, Daniel is a bearded man with “tiny hands” and dressed in moss-green shades. Furthermore, he has the typical ‘writer’ appearance with round spectacles, not particularly fashionable but does the job.

On the other hand, Daniel Depp’s brother, Johnny Depp, is a total heartthrob and thus raised people’s expectations. However, he knows he’s not a ‘handsome’ guy, so there will always be people better-looking than him.

But Daniel also knows that it’s pointless to be envious of his own brother, one of gazillion better-looking men. Thus, driven by the urge to play with words and growing up with an engineer in the household, Depp aspired to become an architect.

Life often tests your determination by giving unreasonable obstacles, and Johnny Depp’s half-brother was not different.

Depp was already bitten by the movie bug long before his brother stood in front of the camera. Also, he reportedly spent hours sitting in a bit of cinema that screened 16 mm prints of French New Wave cinema.

Daniel’s dream of becoming an architect as a kid did not come to fruition. He loved the combination of art and science. Likewise, Depp revealed that all the architects he knew were terrific people. However, sadly, the training was too expensive, so he majored in classics and European History at the University of Kentucky. But thanks to that, we got four great thrillers to read.

An Author of Four Books

Although famous as Johnny Depp’s brother, Daniel Depp was born with his own talent to play with his words. Moreover, he came to fame as a superstar’s brother, but he is a renowned name in the literary world.

Daniel has written and published four books since 2009. His first book was Loser’s Town, published in 2009. Moreover, he dedicated the book to his brother, Johnny, who praised his brother’s talent and revealed he was aware of Daniel’s talent for most of his life.

Similarly, Daniel published three other books. Thus, here is the name of the books along with their respective prices.

Since the books, both kindle, and paperback version, are doing very well, Daniel Depp’s net worth must have escalated pretty well. Besides writing books, he has also worked with his brother, Johnny, in The Brave movie. Speaking of Johnny, he himself has an estimated net worth of $150 million.

In addition to a successful career as an author, Daniel has been committed to his marriage since 1979.

Daniel Depp married the love of his life, Mahnaz Shams, in 1979. The couple, however, is very private about their relationship. But, while talking to The Scotsman, Daniel revealed that he was only 25 when he got married.

Moreover, Depp’s marriage also changed his career. His wife, Mahnaz, was pregnant and got a job offer in Maine. Finally, he moved to Maine with his wife and a baby bump. Daniel Depp’s wife gave birth to a baby boy who was 19 at the time of his interview.

Also, he still maintains privacy about his personal life and rarely gushes his love online. Despite all of the confidentiality, Johnny Depp’s brother is still happiest with his family.

Thus, let’s hope to hear more of Daniel in the coming days.