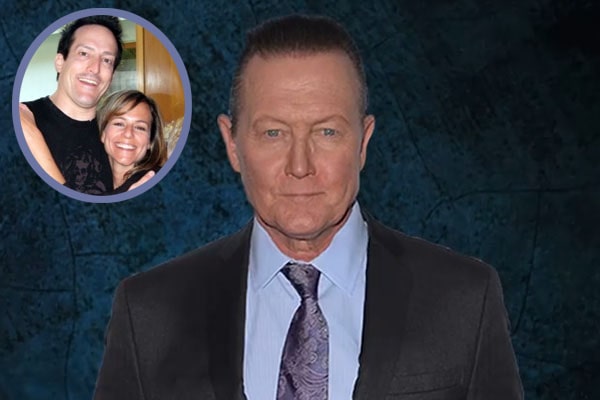 Robert Patrick started his career in the film industry in early 1983 and has since gained fame as a versatile actor and a businessman. He is continuously starring in one after other blockbuster movies and TV shows and winning millions of hearts with his incredible acts. But, what about his siblings?

Here, learn some details about Robert Patrick’s siblings, and find out what they are doing at the moment.

Aforementioned, Robert Patrick is the eldest child of late Robert Patrick Sr. and Nadine Patrick. His younger brother, Richard Patrick, is also one of the prominent figures of the American entertainment industry, but not as an actor. The fifty-three-year-old brother of Robert Patrick, Richard is an established singer, musician, and songwriter.

Robert Patrick’s brother, Richard Patrick, is best recognized for being the frontman for the rock band Filter. Also, one of the founders of Army of Anyone and The Damning Well, Richard debuted in the music industry as the frontman for The Akt. Moreover, he was the touring guitarist for Nine Inch Nails from 1989 to 1993.

The former drug and alcohol addict Richard Patrick is also a film composer. Together with his big brother, Robert Patrick, he has contributed to the film score of numerous big movies and TV shows, including the 2017 crime drama film, Last Rampage. Besides, the brother duo occasionally performs Richard’s band, Filter’s songs on stage and at several family functions.

Currently, the Bay High School of Ohio graduate Richard Patrick is pursuing his musical career. Also, he is enjoying a conjugal relationship with Tina Johnson since 2006. Together the beautiful couple, Richard and Tina, has two adorable kids, Sloan Luella Patrick and Ridley Patrick.

The beloved husband of Barbara Hooper, Robert Patrick’s sister, Cheri Cook Patrick, is the twin sister of Richard Patrick. They were born on 10 May 1968 in Needham, Massachusetts. Growing up, Cheri also attended Bay High School in Ohio, like her twin brother.

Richard Patrick’s twin sister, Cheri Cook Patrick, is active in social networking handles like Instagram and Facebook, where she regularly updates her daily life. Though she has not revealed any details regarding her profession, her Instagram posts hint that she might be a pre-school teacher. Once, she had shared a snap of a kid’s hand holding hers on her Instagram page. She captioned the photo;

Furthermore, Cheri Cook is one of the ambassadors of the American Vanity Skincare, the CBD-infused skincare line founded by celebrity esthetician Veronica Barton Schwartz and entrepreneur Mary Nguyen.

The younger sister of Robert Patrick, Cheri is married to John Cook and has two daughters, Kay Cook and Lainey Cook. Both of Cheri Patrick Cook’s daughters with John are aspiring musicians and social media influencers.

Robert Patrick’s other two siblings, Karen Patrick and Lewis Patrick, usually maintain distance from the reach of media scrutiny. Secretive Karen and Lewis have not appeared with their famous brothers, Robert and Richard, in any events.

Richard and Robert Patrick’s sister, Karen, is available on Instagram but has set it to private. Moreover, she has appeared on her sister Cheri’s Instagram a couple of times in the past. Unfortunately, there is no trace of their brother, Lewis Patrick. We hope he is also living a peaceful life wherever he is in the present and finding success on his chosen career path.

Let’s hope we get to see all five Patrick siblings together on a single frame shortly and learn more of their whereabouts.