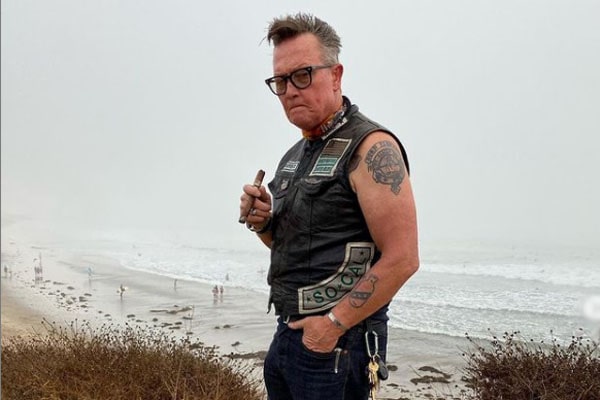 Robert Patrick is widely famous for his appearance as villainous characters in several big movies and TV series. Patrick, who did not have an interest in acting in his early childhood days, moved to Los Angeles from Cleveland to pursue a career in the movie industry as an adult. When he moved to LA in 1984, he did various odd jobs for his living and took every small acting role as his stepping stone.

Finally, with the constant support of his then-girlfriend and now wife, Barbara Patrick, Robert Patrick began making some money in the mid-1990s. And, at present, he earns several thousand dollars from his career as an actor and has millions as his bank balance. So, how much is Robert Patrick’s net worth, and how much salary he got from his appearance in various films and TV series?

Be familiar with it all here.

Best known as an antagonist T-1000 of the 1991 American science fiction action film, Terminator 2: Judgement Day, Robert Patrick played small roles in several low-budget films as a young actor. He first gained some notoriety only after playing a supporting role in the 1990 action-thriller film Die Hard 2. Ever since then, he has starred in numerous megahit movies, including Wayne’s World, Spy Kids, Walk the Line, and Safe House, drawing several dollars in his pocket.

The 1991 movie, Terminator 2: Judgement Day, in which Robert Patrick played the role of the main antagonist, was one of the most expensive movies ever made. Its budget was $102 million in total. After the film’s release worldwide, it made $520.8 million, becoming 1991’s highest-grossing film.

Hence, Robert Patrick might have received a hefty paycheck for his role in the film. After all, he had taken intensive running training to look like he was running on-screen without showing his struggles and tiredness.

Some other films starred by Robert Patrick along with their Box office collections are listed below.

Apart from big movies, Robert Patrick is also famous for his roles in numerous TV shows such as True Blood, Last Resort, From Dusk Till Dawn: The Series, The Unit, and Scorpion. Reportedly, one of the main cast members of Scorpion, Katharine McPhee, received $40K per episode. Hence, Patrick might have earned a similar amount for his regular role as Agent Cabe Gallo in the CBS’ action-drama series from 2014 to 2018.

Besides, Robert Patrick makes money from the production company 360 Entertainment. He founded the company in 1995 with producer Stanley Isaacs and director Scott McGinnis.

So, since 2018, Patrick is not earning solely from his acting career. He also adds some dollars to his rising net value from his side job, which he enjoys as much as he enjoys acting.

While talking to The Signal Magazine, Patrick said that his life had been hand-in-hand with Harley. At dealerships, he always desired to own one someday, and that’s kind of how the Santa Clarita outlet of Harley-Davidson came into being.

According to Patrick’s partner, Shokouh, after Patrick bought his first Harley-Davidson bike from him, they got to know each other. Eventually, Patrick became a member of the BOD of the motorcycle charity club ‘Love Ride Foundation.’ During that time, Shokouh heard about Patrick’s interest, and soon, they sealed the deal.

Besides, Harley-Davidson lovers can reach the H-DSC merch store through their official site to purchase various wearables from them. Some items found in H-DSC’s store, along with their price, are below.

Well, one can definitely expect Robert Patrick’s fortune to have grown from this deal too.

Robert Patrick’s net worth has given him almost all the luxuries that he dreamt of in his past. The man who made his car his house someday now lives with his wife and their two kids, Samuel Patrick and Austin Patrick, in a 2,800 sq. ft home with a two-car garage and an attached office.

Patrick’s luxurious home with floor-to-ceiling glass French doors, beautiful millwork, and many other attractions is located in Los Angeles, California.

Furthermore, besides being a motorcycle enthusiast, Robert Patrick sometimes travels around on his comfy power wagon. He bought his shining black truck in Conyers, Georgia, in 2017.

In 2013, there was news circulating in different online magazines that the state of California had issued a tax lien to Robert and his wife, Barbara Patrick. Reportedly, the Patrick couple did not pay proper taxes from 2007 to 2009, owing $168,338.79 in total.

A spokesperson for Patrick told the media that Patrick’s ex-business manager mismanaged his money, resulting in the lien. He added that Patrick would be paying off the debt as soon as possible.

Robert Patrick is not just rich by money but by heart also. He actively involves himself and his family members in philanthropic deeds as much as possible. For many years, Patrick has been a member of Boozefighters motorcycle club. It is a nonprofit organization that raises funds for veterans, the poor, and children.

Moreover, Robert Patrick participated in the 25th Annual Love Ride, a charity motorcycle event in Southern California, in 2015. It was the final US Love Ride, which reportedly raised more than $24 million.

According to celebrity net worth, Robert Patrick’s net worth is estimated to $12 million. However, it currently seems to be rising with his increasing involvement in several business ventures. We hope to see Patrick achieving more in the days to come.