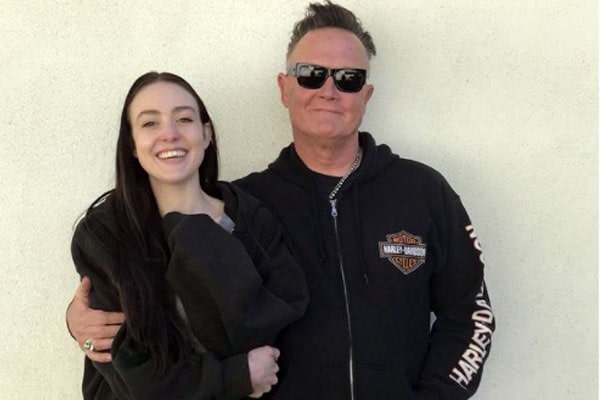 Robert Patrick is a world-known American actor and voice actor, best recognized for his portrayals of villainous characters. The Saturn Award winner with four nominations, Robert is famous for his roles in blockbuster movies like Wayne’s World, Spy Kids, Charlie’s Angels: Full Throttle, and many more. Moreover, as a television actor, he is popular for his roles in TV series, including The X-Files, The Unit, Last Resort, The Walking Dead, and Scorpion.

The 62-years old actor Robert Patrick is not just successful in his professional life but also fortunate in his personal life. Patrick married his love, Barbara Hooper or Barbara Patrick, in 1990 and is relishing his marital life ever since. The pair together parents two kids, a daughter and a son, who are all grown-up at the moment. In this article, we will be tailing Robert Patrick’s daughter, Austin Patrick, who recently turned 24.

So, be prepared to learn some details about the beautiful daughter of Robert Patrick, Austin Patrick, and know what she is doing in the present.

Only Daughter Of Robert Patrick With Barbara Patrick

As hinted above, Austin Patrick is the only daughter of the award-winning actor Robert Patrick with his long-time wife, Barbara Patrick. The married couple welcomed their daughter, Austin, on March 23, 1997, seven years after their wedding. She got her name after a character played by her dad in the film Terminator 2: Judgment day. In the film, Robert portrayed ‘Austin,’ the name of the fictional character T-1000’s police uniform ID tag.

Growing up, Robert Patrick’s daughter, Austin Patrick, mostly spent her childhood and teenage years far from the media limelight. As a result, the details of her childhood days, including where she acquired her primary and secondary education, are still a mystery to the public. However, we know that Austin enrolled in Bennington College in 2016. She earned her Bachelor’s degree in Liberal Arts and Sciences/ Liberal Studies from Bennington in 2019.

Furthermore, Austin Patrick has a brother named Samuel Patrick, who arrived some years after her birth. The brother-sister duo, Austin and Samuel, share a great bond and often appear together on their parents’ social networking handles.

An Emerging Model And Actress

Robert Patrick’s daughter, Austin Patrick, is an emerging model. To date, the pretty lady has worked for various modeling companies and clothing brands, including Pickwick Vintage Show. As Austin shares very little on her social media handles at the moment, most of her works as a model are still unknown to the public. But, we hope her social media presence will grow over time, and we might learn about her modeling projects in the coming days.

Besides, Austin Patrick is also gradually coming to light as an actress. She debuted in the American film industry in 2017 from the movie ‘The Last Rampage‘ as a store clerk. Later, she appeared alongside her dad, Robert Patrick, in the 2020 film Rushed in the role of Alexis. Moreover, the 24-year-old beauty is also one of the cast members of the upcoming movie I, Challenger, directed by the Scottish filmmaker Paul Boyd. Besides, Austin occasionally features in short movies as well.

It has been few years since Austin Patrick is active in the modeling and film industry. But it seems like it won’t take her too long to achieve success and stardom like her father. We are pretty confident that we will see another Patrick shining out in the American entertainment industry shortly.

Robert Patrick’s kid, Austin Patrick, is currently pursuing her career in the American entertainment industry. However, before entering the world of showbiz, she worked for various companies as an intern to sharpen her professional skills.

Austin Patrick interned at Pieter for a month in 2019. Before that, she served as an intern in various other companies, including New American Cinema Group, Public Road Productions, and CBS Radford, Studio City, as an assistant to the casting director, Juel Bestrop. Similarly, Austin even worked at a Child Care for some years. Also, she was a retail assistant at Motti Casa Studio. Austin’s other experience includes a hostess training at H.O.P.E.

However, in the present, Austin Patrick’s main focus is her career as an actress and model. Her dad, Robert Patrick’s social media posts on her, prove that she is making him proud by excelling at her chosen career path. We hope she will keep making her parents proud and will establish herself as a successful actress in the days to come.

Austin is the medieval contracted form of the name ‘Augustine’ and is of English origin, which means great or magnificent.