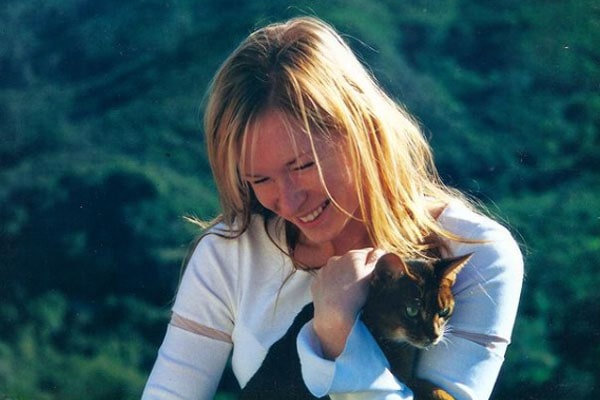 Tina Johnson is the long-time wife of the well-known American Singer Richard Patrick. The beautiful pair has been married since 2006. While Richard Patrick is winning the hearts of millions of music fans worldwide with his soulful voice, his wife, Tina, usually stays behind the camera and manages their home and family.

So, let’s peek at Richard Patrick’s wife, Tina Johnson’s life, and their blissful marital journey. Also, find out if the husband-wife duo, Tina and Richard, have children or still planning to have some.

Married To Richard Patrick Since 2006

Tina Johnson and Richard Patrick exchanged their wedding vows on 29 October 2006. Though the exact time how Patrick and Johnson met is still a secret to the public, they reportedly dated for a couple of years before deciding to tie their marital knot and start a family.

Before meeting Tina, Richard was in a romantic relationship with the American Bassist, D’arcy Wretzky.

Richard Patrick’s wife, Tina Johnson, played a major role in helping Patrick become sober after years of alcohol and drug addiction. Moreover, she even helped her spouse with his mental issues, which he struggled with for many years after being sober.

While talking with The Fix magazine, Richard Patrick revealed that although he got sober in 2002, he struggled with his mental issues for many years, even after his marriage. His doctors gave him Adderall for ADHD and Klonopin for anxiety. There was a concern that he could get hooked on those medicines and be a drug addict again.

However, his wife, Tina, did not let it happen. Instead, she doled out the medicines for him, and it slowly helped him improve his career and relationships.

Richard Patrick feels lucky to have Tina Johnson as his wife, best friend, and biggest supporter. Probably, the same support, love, and care for each other is the reason behind their long-lasting relationship.

Richard Patrick’s Wife Is A Mother Of Two

Tina Johnson is a proud mother to two children with her husband, Richard Patrick. She gave birth to her first child with Richard, daughter Sloan Luella Patrick on 23 February 2008. Their daughter weighed in at 6.15 pounds at the time of her birth. Similarly, their second child, son Ridley Patrick, made the family complete on 2 September 2009.

Both of Tina Johnson’s kids are close with their uncle, Robert Patrick‘s family. The surprising thing is that Richard Patrick’s daughter with Tina Johnson, Sloan, is even following in the footsteps of her uncle Robert to the American film industry.

Tina’s little girl is already gaining fame as an aspiring model, actress, and voiceover artist at such a young age. Both Tina and her better half, Richard, must be proud of their upbringing.

Moreover, Richard Patrick’s wife, Tina Johnson, rarely appears alongside her man in red carpet events and usually avoids the camera. However, she enjoys managing her little ones’ social networking handles. Thanks to her daughter’s Instagram and her husband’s various social media pages, we get to see her posing with her family members on several occasions.

Contributed In The American Film Industry In The Past

Richard Patrick’s wife, Tina Johnson, also has some experience working in the American entertainment industry in the past. According to her IMDb profile, she is a producer and has an understanding of many other departments of the film industry.

Tina Johnson served as a co-ordinating field producer in ABC’s dance competition TV series Dancing with the Stars in 2005. Similarly, she also worked as an assistant to producers John Davis in First Daughter and Kerry Orent in The Yards.

Johnson was also in the product placement/clearances department of the 1997 film Cop Land.

However, after getting married to Richard Patrick, Tina Johnson does not seem to be engaged in any jobs. Barbara Patrick‘s sister-in-law, Tina, is a stay-at-home mom and looks after her two growing kids while her husband, Richard, makes music and does shows around the States.

So, currently, Tina Johnson lives a peaceful life away from unnecessary media dramas with her husband and their two kids. Let’s hope we get to hear and see more of Mrs. Patrick in the upcoming days.