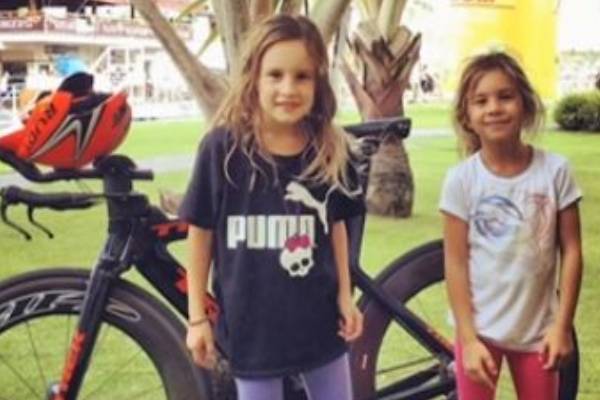 Mackenzie Mirra and Madison Mirra are the children of popular BMX rider Dave Mirra and his lovely wife, Lauren Blackwell Mirra. The late BMX rider’s daughters are growing up with immense love from their mother.

Today, let’s learn how Dave Mirra’s daughters, Mackenzie Mirra and Madison Mirra, are growing up and their whereabouts.

Aforementioned, Mackenzie Mirra and Madison Mirra are the beautiful daughters of BMX legend Dave Mirra and his wife, Lauren Mirra. Their parents first met in Greenville and got married in February 2006, after dating for some time.

In their decade of togetherness, Lauren and Dave welcomed two beautiful daughters. In September 2006, the pair became parents for the first time with the birth of their first daughter, Madison Michael Mirra.

Furthermore, Mackenzie Mirra was born the following year and completed their family.

Mackenzie and Madison’s parents preferred not to disclose any information about them and tried keeping them away from the spotlight and unnecessary media attention.

Lost Their Dad At An Early Age

Sadly Mackenzie Mirra and Madison Mirra’s dad, Dave Mirra, took his last breath on February 4, 2016. Police found him dead of an apparent suicide in a parked truck. They ruled out that he was dead by a self-inflicted gunshot wound.

Dave Mirra’s daughters, Madison and Mackenzie, were only 10 and 9 years old at the time of his death. Their dad reportedly had chronic traumatic encephalopathy (CTE), which could be diagnosed only through a brain examination after the death.

Mackenzie and Madison’s mom, Lauren gave several interviews after their dad’s death and talked about the symptoms of CTE that he showed while he was alive. Blackwell Mirra explained that she had begun to notice frequent changes in Dave’s mood, and by the time it got worse, he could not be present in any situation.

Furthermore, in one of the interviews, Lauren mentioned that Mackenzie and Madison gave her strength and were doing well. She added that both the girls talk comfortably about their dad, laugh, and share stories and memories. So it seems like Dave Mirra’s kids are handling it well after their dad’s sudden demise.

While Mackenzie and Madison’s dad, Dave, was alive, he used to take them to ice skating, riding bikes, and gymnastics. Furthermore, he used to upload several pictures of them on his Instagram. Losing a parent at such young age must have been tough for young Madison and Mackenzie.

However, they are now in the care of their mom, Lauren, who must be doing her best to provide them with immense love and care.

Their Parents Have Kept Them Away From The Spotlight

Despite the enormous fame that Mackenzie and Madison’s dad had accumulated, he was private regarding his kids and family. Although he used to share several pictures of them, he rarely talked about them in public.

Furthermore, Madison and Mackenzie’s mom is also a private person. She is not active on her social media and has not made much public appearance since her husband’s death. Lauren is a registered HYI or Holy Yoga Instructor.

Furthermore, Madison’s mom became a certified instructor after participating in at least 95 hours of training and student teaching. Moreover, in 2015, a year before their dad’s death, their mom launched her own practice, Inspired Yoga with Lauren Mirra.

Just like her husband, Lauren has not revealed much about her kids and is trying her best to give them a simple life away from the media and the limelight. It might be hard for them to adjust to an environment without their dad, but we hope that they will come forward to honor Dave’s legacy in the coming days.