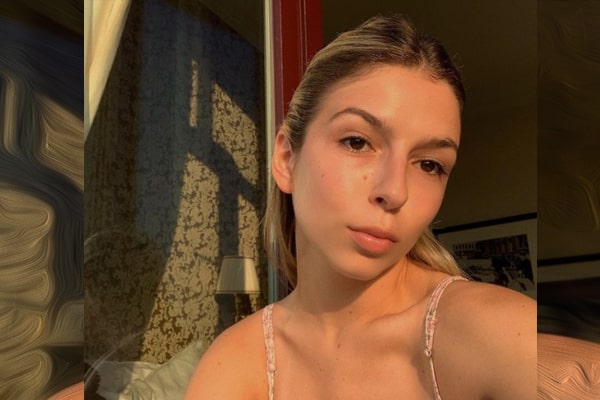 Woody Allen is a remarkable name in the entertainment industry who has won multiple Academy Awards & other acclaims throughout his six decades-long tenure in Hollywood.

The comedian-cum-film writer-cum-actor enjoyed a victorious career but now finds solace in fatherhood. Here, we will be talking about Woody Allen’s daughter, Manzie Tio Allen, and her whereabouts. Let’s see how close she is to her father and what she is doing currently.

The controversial director, Woody Allen, started his relationship with Soon-Yi Previn at the most unconventional time. The pair got married in 1997 and soon adopted two daughters, Manzie and Bechet Allen.

The news of adoption was released when the Allen couple was seen carrying a baby carriage in June 2006. Furthermore, Manzie was named after jazz drummer Manzie Johnson and her middle name, Tio, was an ode to Lorenzo Tio.

Woody Allen’s baby girl, Manzie, had a very normal upbringing. Similarly, Manzie’s parents were heavily present during her childhood, even if they were busy with their respective work. Allen reportedly excused himself to take them to school or attend conferences. Growing up, Manzie also worked as a production assistant in Woody’s Rifkin’s Festival.

Manzie is very close to her parents and has shunned the media completely. She, however, does not shy away from sharing her admiration for Woody and Soon-Yi via her social media posts.

Moreover, Manzie often uploads pictures of herself and her parents through her Instagram with heartwarming captions. Furthermore, she also wishes her parents on special occasions like birthdays and Father’s/ Mother’s day.

Although Manzie remains away from the media scrutiny, she doesn’t hesitate to defend her father/family against absurd allegations.

Spoke Up On Sexual Abuse Allegations Against Her Father

Aforementioned, Woody Allen’s little girl, Manzie Tio Allen, chose to remain away from the media approach. But that does not mean she doesn’t speak up for her father or her family.

Unlike Manzie’s sister, Bechet Allen, she is yet to openly comment on the allegations the Allen family had to face. However, she did share links that shade light to the innocence of her father.

If we caught you off-context, let’s go through it once.

Woody Allen’s daughter, Dylan Farrow, wrote an open letter in the New York Times accusing him of molesting her, who was 7-year-old at the time, in Mia Farrow‘s Connecticut home. Although Manzie’s father maintained innocence since the accusations, he was practically painted as a predator after the accusations.

Hence, Manzie’s sister, Bechet, took the matter to her Facebook, stating she did not want to involve in social media debates, but she had to stand up for her father. As a result, she linked Moses Farrow‘s blog, where he shared his personal experiences.

Furthermore, Bechet thanked Moses for sharing the truth about their family, where he portrayed Mia as the actual abuser of his siblings, including Soon-Yi. While Bechet showed her support via post, Manzie linked quite a few articles, including Moses’ blog, on her social media pages.

Talking about Manzie’s social media presence, do you know she has 3K+ followers. Let’s take a tour, shall we?

If you have gotten a glimpse of Woody Allen’s baby girl, Manzie, we do not have to exaggerate her beauty. Allen’s style is aesthetically pleasing, and she obviously loves to share pictures on Instagram. As a result, Manzie’s social media presence, specifically Instagram, is consistent, and she has nearly four thousand followers on the platform.

As mentioned earlier, Manzie loves to share her selfies and her childhood pictures. She further seems to be an avid animal lover and probably owns two happiest good boys. Besides, Manzie once admitted that her Instagram was turning into a dog page, and a commenter showed her affirmation. Well, who’s not up for the smiley doggos?

Besides dogs, Manzie also shares pictures of a few animals and other places she went on vacations. Well, Woody Allen’s daughter, Manzie Tio Allen, has an amazing aesthetic and lives a beautiful life.