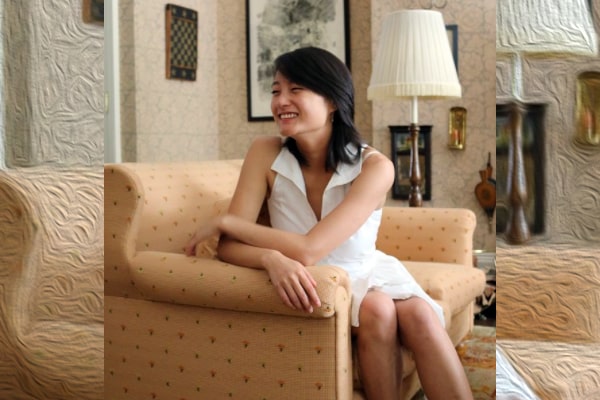 Woody Allen is a talented film director, writer, and comedian known for his six decades-long tenure and multiple Academy Award-winning films. His career span gained him a lot of recognition, but his marriage with Soon-Yi Previn brought massive criticism.

Nevertheless, Woody Allen is a humble father of two daughters he adopted with his spouse, Soon-Yi. Here, we shall tail Woody Allen’s daughter, Bechet Allen, and her whereabouts.

Did you know Bechet defended her father against sexual allegations? If not, wait until the end to get into details.

Aforementioned, Woody Allen has won the world with his talent and also has his fair share of controversies. Amongst all of the fame and obscurity, he is also a doting father of two adopted daughters, Bechet Allen being the first adopted one.

Woody and Soon-Yi adopted their first daughter, Bechet Allen, in 1999. According to the NY Times, Woody and Soon-Yi were spotted as the pair pushing a stroller with Bechet around the Upper East Side.

Moreover, their press agent, Allen Eichhorn revealed that the pair have a daughter and were extremely happy and refused to give away Bechet’s age. The NY Times further added that the papers said she was five months old.

As of now, Woody Allen’s daughter, Bechet Allen, is studying at Bard College. She further graduated from The Brearley School. She is artistic and loves to be around friends. It will be a little unfair to say if Bechet doesn’t share a hint of a dark sense of humor sometimes.

Well, Bechet has stayed grounded for most of her life and tried to maintain her privacy, and has succeeded in keeping confidentiality amongst few issues while was forced to speak up for about another.

However, she chose to share her relationship chronicles with her four thousand followers.

Aforementioned, Woody Allen’s daughter, Bechet Allen, is a beautiful human being who prefers to keep her nose in her business and is selectively open about her private matter.

Well, Bechet, the 22-year-old kid of Woody and Soon-Yi, appears to be in a healthy relationship with Ogden Huntington Olivas. Although it is unknown the exact date of their initial romance, they seem happy together and compliment each other. Well, Bechet Allen’s boyfriend looks pretty good-looking and the two look perfect together.

Both Ogden and Bechet seem to have a lot of common interests like hunting and bird watching. The lovebirds also spent a lot of vacations together and are enjoying their young love passionately.

Furthermore, Bechet doesn’t shy away from sharing pictures of her partner and caption them with humor. Well, we shall see the aesthetic pair move a long way and hopefully witness their marriage in the future.

Aforementioned, Woody Allen’s baby girl, Bechet, is selectively private and refrains from commenting on anything other than that involves herself. However, she defended her father against sexual allegations.

Remember when Woody Allen’s ex-partner, Mia Farrow‘s daughter, Dylan Farrow, had written an open letter accusing sexual abuse as a child. She later changed her letter and turned it on her mother Mia, alleging she pressured her on defaming Woody.

Furthermore, Woody Allen’s daughter, Bechet Allen, made a Facebook post claiming she never wanted to involve herself in social media debates concerning her father. She continued that there comes the point where she could no longer pretend and stand up for him.

I never wanted to involve myself in the social media debates involving my father, but there comes a point when I realize…

Posted by Bechet Dumaine Allen on Thursday, 24 May 2018

Bechet further clarified that her father had been nothing but supportive and loving. She added a thank you to Moses Farrow for sharing his personal experience so that people may learn the truth about their family. 19 at the time, Bechet linked Moses’ blog post where he alleges Mia Farrow abused his siblings, including Soon-Yi.

Well, the previous story was not the only controversy Bechet’s father invited. The internet also trolled the father-daughter duo. They wrongfully assumed the picture of Bechet and Woody was, in fact, of Woody and Soon-Yi.

Despite the backlashes and assumptions that arose from Woody Allen and Soon-Yi’s relationship, they safely raised their kids.

Moreover, Woody Allen’s daughter, Bechet, is brilliant and can differentiate wrong from right. Thus, we might hear a lot more of her in the future.