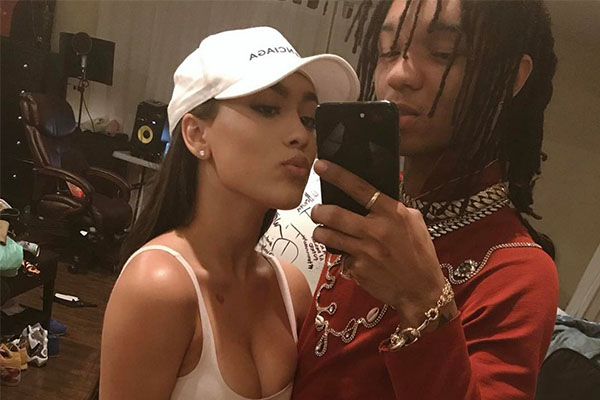 American rapper Swae Lee‘s ex-girlfriend Marliesia Ortiz broke up with him after spending two years together. The former couple was involved in a romantic relationship since they started dating in 2017. The pair’s relationship had its positives and negatives, but their love for each other was visible on their social media.

Swae and Marliesia had been posting pictures together on Instagram till March 2018. After that, the partners seem to have gotten into arguments, followed by their breakup. Marliesia, who is an aspiring model, shares pictures of herself on her Instagram. After her breakup with Swae, Marliesia is possibly single and not dating.

As mentioned, Marliesia is pursuing a career as a model. She is a fashionista and does modeling on a full-time basis. As such, Marliesia is the ambassador of the global fashion brand, Fashion Nova. Marlie also works for the clothing showroom, Pop Spice Miami.

Through her Instagram, it seems that the attractive model loves sharing stylish selfies and pictures with more than 134K of her followers. Apart from her modeling career, Marliesia’s popularity increased during her controversial relationship with her ex-boyfriend, Swae Lee.

Swae Lee’s relationship history with his past girlfriends is colorful. He has had many partners and affairs throughout his rap career. One such girlfriend of Swae is Marliesia Ortiz, whom he was dating since early 2017. The couple regularly expressed their love for each other on their social media accounts. Likewise, Marliesia was happy to have a successful rapper like Swae as her boyfriend.

However, Marliesia Ortiz’s relationship with Swae started going downhill. The two later split, after Swae further cheated on her with the gorgeous model Blac Chyna. Speaking of Blac Chyna, she has got an ongoing feud with  Rob Kardashian.

It was too much to handle for Marlie, and she took to Instagram to expose her boyfriend’s cheating behavior. Marlie further blasted Blac Chyna of being an indecent woman.

However, during their relationship, Marliesia, aka Marlie, accused her ex-partner Swae of domestic violence. She further said that he was physically as well as emotionally abusive towards her. Let’s hope that the former duo forgives each other and moves on with their lives.