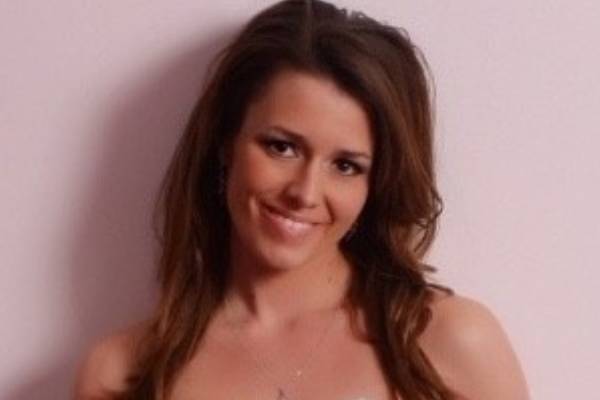 Hailing from Norfolk, England, United Kingdom, Martin John Brundle, also known as Martin Brundle, is a former racing driver. He is one of the most well-known racers who competed in Formula One for nearly a decade. Apart from F1, he has also raced in several other championships. Even after his retirement, he enjoys a successful career in the racing world. He has worked as a commentator on different television networks and is a highly regarded individual.

Because of his professional success, Martin’s personal life has also become a topic of interest for several fans. The successful former racer, Martin, shares a blissful marital life with his wife, Liz Brundle, and they have two babies, a son, and a daughter. In this article, let’s know more about Martin Brundle’s daughter, Charlotte Brundle, and her whereabouts.

Only Daughter Of Martin And Liz

Martin Brundle and Liz Brundle have been married for several years. However, the couple has not opened up much about their marital life and their early dating days. But it is no news that in many years of their togetherness, the duo became the doting parents of two children.

Charlotte Brundle is Liz and Martin’s only daughter, whom they welcomed in May 1988. Furthermore, Charlotte aka Charlie Brundle also has a brother, Alex Brundle, whom her parents welcomed on August 7, 1990, two years after her birth.

Charlotte and her younger sibling have a great relationship. The brother and sister duo grew up having a wonderful time.

Unlike Her Father, Charlie Is A Designer

Martin Brundle’s daughter, Charlie Brundle, attended Oakham School. She took A-level and GSCE, Design, Spanish, Maths, and Business Studies and graduated in 2006. After graduating, she attended Loughborough University in 2006. There she took BA (Hons), Industrial Design and Technology with Diploma in Professional Studies, and graduated in 2010.

Upon graduating, Charlotte worked at many design firms. She started as a Development Designer at Artform International and a year later, she joined Lotus Cars. There, she spent about six weeks in its Styling department. Then, she worked at Canard Design Limited as a Junior Industrial Designer.

Furthermore, Martin’s baby girl has worked at several other companies. From April 2012 to October 2016, she worked as a Production Interior & Detail Designer at Jaguar Land Rover. Similarly, she has experience working as an Interior Designer Core and Q at Aston Martin Lagonda Ltd. and Freelance Designer at C3B Design Limited.

Charlotte currently works as a Designer at McLaren Automotive Ltd. Her first stint with the company was for six months, from October 2019 to March 2020. Her second stint started in November 2020. Thus, Martin’s daughter must have earned significantly from her works in the past.

Apart from being a professional designer, Martin Brundle’s baby girl, Charlotte, is also an adventurous woman. In October 2016, she took a six-month-long sabbatical from her professional work in order to travel the world. She traveled to 52 countries, including South America, Australia, New Zealand. Japan, and many others.

While traveling, Charlotte gained inspiration from some less-traveled parts of the world. She also learned about some of the Automotive industry’s largest markets. By March 2017, she ended her travel and returned to her job.

Furthermore, she has an Instagram page under the name Travel Creative, where she has uploaded several pictures that she has clicked during her journey. Moreover, she has also made a website where she has talked about her travel experience and lifestyle and gave instructions on how to plan a trip.

Furthermore, in January 2013, Martin Brundle’s daughter passed her motorbike test. He shared the news via Twitter and said that he was proud of her for passing the test. In addition, she also participated in a number of go-karts and supports her dad and brother. She often attends a number of races in order to support her brother.

Very proud of my daughter Charlie passing her m/bike test, providing she does what I say,and not what I do… We need lots more young bikers

Despite the recognition that Charlotte has gained because of her dad’s name, she seems to be private. Charlotte has not made much public appearance and rarely talks in the media.

Charlotte Has Got A Boyfriend

Martin Brundle’s baby girl is in a relationship with James Taylor. Going through her Instagram, it can be assumed that the couple must have been together for a long time now. They often travel to several countries and places together. But, they have not revealed yet when they exactly met. They are yet to exchange the vows and let’s hope we get to hear some good news in the coming days.

Charlie seems to be doing great in her professional and personal life. She must be in good health, and let’s hope she has a successful future.

The name Charlotte has a French meaning, and it means Free.