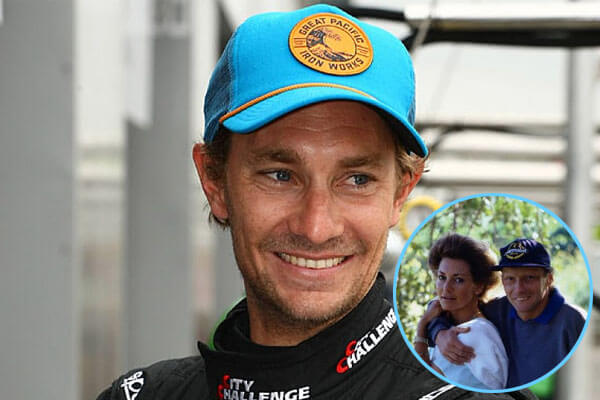 Mathias Lauda was born on January 30, 1981. He is the late Niki Lauda‘s son with his ex-wife, Marlene Knaus. Through his parents, Mathias has a brother, Lukas Lauda, who currently works as his manager. Mathias’ parents, Niki and Marlene, were husband and wife from 1976 to 1991.

Mathias also has three half-siblings, who were born through his father’s Niki’s second marriage plus an extra-marital affair. Niki Lauda’s children with his second wife, Birgit Wetzinger, are Max Lauda and Mia Lauda. Similarly, Niki’s son Christoph Lauda was born through his girlfriend, whose identity is still in the dark. The father of five, Niki Lauda died on May 20, 2019, and left his fans and family members shocked.

Mathias Lauda followed the footsteps of his father and became a successful race car driver in Austria. Mathias, whose father is a three-time Formula One titleholder, currently races from his racing team, Aston Martin Racing. He takes inspiration from his legendary late father. The father-son duo was often seen at racing events together. It’s sad that Mathias had to lose his dad at just 70 years old.

Further, Niki and Marlene’s younger son Mathias also has several racing championship titles under his belt. He is the winner of the 2017 FIA World Endurance Championship, finishing in 3rd position in the event’s previous two iterations, in 2015 and 2016. Undoubtedly, Mathias Lauda is leading a fruitful racing career, with his eyes set on Formula One win.

Mathias Lauda Is Married And Has Two Children

Mathias Lauda’s wife is Claire Lauda, with whom he tied the wedding knot some years ago. The couple enjoys a comfortable lifestyle together. Claire is a good wife who supports her husband in his personal as well as professional life. Further, Mathias and Claire are parents to their two loving children.

The names of Mathias Lauda’s sons are still in the dark, as he doesn’t mention them by their names on his Instagram posts. However, we’re confident that we’ll find out his adorable sons’ names soon. As of now, Mathias is enjoying his successful marriage with his wife, Claire. The husband-wife duo must have a lot of plans for their children’s future.

Mathias is a name with Hebrew roots, which means “gift of God.”