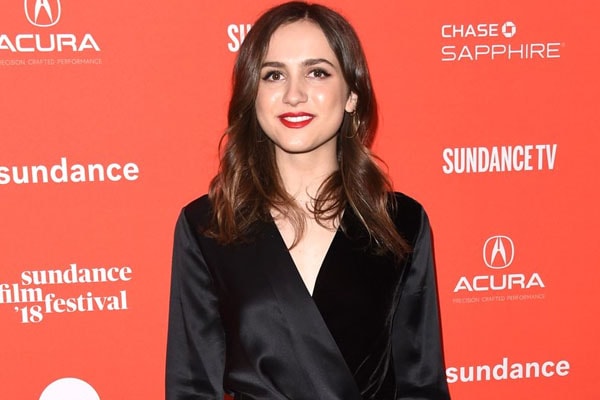 Judd Apatow and Leslie Mann’s daughter, Maude Apatow, was born on December 15, 1997, in Los Banos, California. Being the daughter of renowned personalities, Maude was born right into fame. Maude Apatow also didn’t shy away from the camera and happily embraced the spotlight.

Like mother Leslie Mann, Maude Apatow is also an American actress. She is known for her character, Sadie, in the romantic comedy movie, Knocked Up. Maude is the eldest daughter of the Hollywood couple and has a younger sibling, Iris Apatow.

Maude Apatow Is Also An Actress

Leslie Mann’s daughter made her acting debut in the movie, Knocked Up, which her father Judd Apatow produced and directed. The movie officially aired in 2007. In the movie, Maude played the character of Sadie alongside her sister Iris Apatow. Maude was only 10 at the time. Both the sisters appeared as actor Paul Rudd and their mother, Leslie’s on-screen daughters. The movie was a huge success and the Apatow sisters were lauded for their role as well.

Besides, she also reprised her role as Sadie in the spin-off to Knocked up, This is 40, in 2012. Father Judd Apatow said in an interview that  Knocked Up and This is 40 was in some way inspired by their family.

Movies And Series Maude Has Starred In

Leslie Mann’s daughter, Maude has starred in quite a few films which are :

In 2015, Maude appeared in the  T.V. series Girl as Cleo, where she had a recurring role. According to SuperbHub, Maude’s net worth is estimated to be at $500,000 dollars.

Maude Apatow graduated high school in 2016. She was then admitted to Northwestern University, but decided to drop-out in 2018. Her mother, Leslie Mann, made an appearance in The Late Show With Stephen Colbert and talked about Maude’s decision to leave college.

Leslie told Stephen that Maude decided to drop out because she felt ‘so miserable’ there. Maude came back to live with her Parents and also got a job right away.

Maude Apatow is very much active on Twitter. As of today, she has 3258 tweets and 185K followers. Maude also uses Instagram. It is filled with her pictures, of her family and friends, including boyfriend Charlie Christie.

Maude Apatow’s boyfriend, Charlie Christie, is quite often seen in her Instagram posts. The pair truly do seem adorable together.