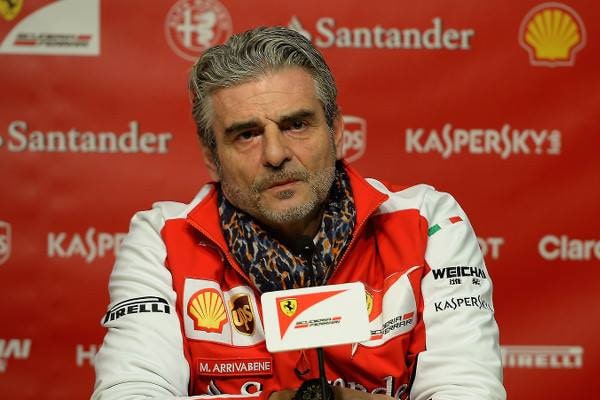 The Italian team principal enjoys a career and has a successful marital life with Stefania Bocchi and welcomed a daughter together. Thus, let’s learn more about Maurizio Arrivabene’s daughter Stefania Arrivabene. Hence, stick until the end to know if she followed her father’s footsteps or not.

According to Stefania Arrivabene’s LinkedIn, she is working as a marketing consultant at Interproteccion since 2017. The Glion Institute of Higher Education graduate has an extensive resume.

Right after graduating from Sigtunaskolan Humanistiska Läroverket (SSHL) in 2009, Maurizio Arrivabene’s baby girl, Stefania Arrivabene, started working as an event marketing hostess for Philip Morris International. She later joined the company as a marketing coordinator assistant in 2011 and worked for five months.

Likewise, Stefania also studied fashion styling at Istituto Marangoni in 2009-10. She later worked at XIIIe Sommet de la Francophonie as an organizing secretariat. Also, she has a degree in business administration, event sport, and entertainment management from Glion Institute of Higher Education in 2013.

Stefanie also served as an accountant and MICE at Leo Burnett in 2012 for six months. Additionally, her fashion degree also allowed her to work with i-D Magazine as an administrative assistant for two months in 2013.

Since 2013, Stefania’s career leaped ahead of press, communications, and visual merchandising at Cardenes Studio Ltd for seven months in 2014. She later joined Lewben Group as Project Manager in 2014. Since then, she worked there until she became a director, Investor Relations in March 2016. She has served the Group for a total of three years since 2014.

Before claiming the marketing consultant post at Interproteccion, Stefania worked with Audemars Piguet and Maddox Gallery throughout 2017.

Founder & Director of No Ordinary People

As mentioned earlier, Maurizio Arrivabene’s daughter Stefania Arrivabene is the founder of No Ordinary People & CO. Ltd. She started the management consultancy activities other than financial management.

According to her LinkedIn, Stefania’s company is also a photography management and consulting company. She started the company in 2016 and currently serves as the director.

As of now, Stefania is a brand ambassador at Tequila Casa Dragones since 2015. Sadly, she seems to have strayed away from social media like her parents. Hence, we do not know much about Maurizio’s child’s whereabouts at the moment. However, she sure is living her best life as a boss lady.

If you are still wondering if Maurizio’s daughter works for Ferrari, NO, she does not. But who knows what the future may look like.

As secretive as Stefania is, her parents, Maurizio and Stefania Bocchi, are also very private about their relationship. The couple has been married for a long time now and probably met at a racing track.

The dynamic duo prefers to keep their relationship chronicles confidential, and hence they are away from social media. However, Stefania’s parents work in Ferrari and are hard to turn blind eyes to.

Furthermore, the veteran couple is involved in F1. As Stefania’s father served as a team principal for Ferrari from 2014 to 2019, her mother works for the press office of Ferrari. She also worked with Kimi Raikkonen until he moved to Alfa Romeo Racing.

However, Stefania Arrivabene’s mom, Stefania Bocchi, was later replaced by Silvia Hoffer, and she has gone underground ever since. And yes, both mom and daughter share the same name, so they must share a strong bond as well.

Thus, let’s hope to hear more of Maurizio Arrivabene’s daughter Stefania Arrivabene in the coming days. If you know more about her, feel free to mention them below.

The name Stefania has Italian origin which means Crown.