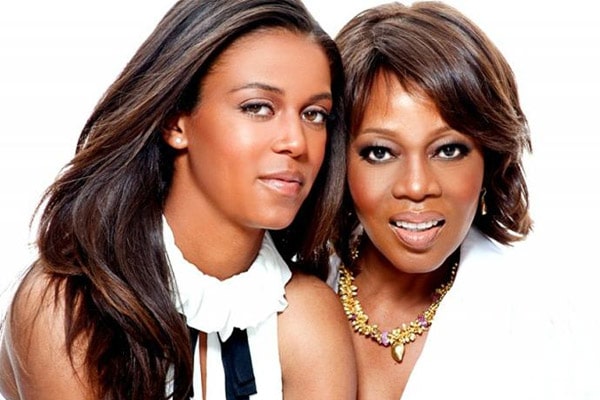 Pretty Mavis Spencer is the daughter of the famous American actress Alfre Woodard with her long-time husband, Roderick Spencer. Mavis was born on 13 June 1991 in Santa Monica, California. Her parents are a notorious figure of the United States. Besides being an actress, Mavis’ mother, Alfre Woodard, is also a producer and a political activist. Moreover, one of the versatile and accomplished artists, Alfre, is a four-time Emmy Award Winner.

The little princess of Alfre and writer Roderick, Mavis, is not just popular as the daughter of a celebrity mother but also due to her various endeavors as an equestrian. There might be many personal as well as professional facts which you might be interested in.

So, get to know all those facts about Alfre Woodard’s daughter, Mavis Spencer, here.

Mavis Spencer is the first child of her parents, Alfre and Roderick. Her mom and dad took the wedding vows in 1983.

Mavis graduated from the Los Angeles’ Harvard-Westlake School in 2009. Then she joined Columbia University in 2010 and studied English and Comparative Literature there till 2012. After that, she gave continuity to her career in horse riding.

The skilled daughter of actress Alfre, Mavis, is a blessed sister of a brother named Duncan Spencer, who is two years younger than her. Alfre and her spouse Roderick added Duncan in their small family on 12 November 1993.

Mavis’ brother, Duncan, is an avid golf lover. He often roams around the golf courses carrying his golf stick. Duncan shares pictures of him with his close friends and family members playing golf on his social networking sites. By seeing his passion for golf, we can assume that he is very keen about the game and pretty good.

Both Alfre Woodard’s Children Are Adopted

It might to surprising to you to know that both Mavis and her brother, Duncan are the adopted kids of the jolly couple Alfre and Roderick. Mavis’ parents do not have any biological offsprings.

The interracial husband-wife, Alfre, and Roderick’s main priority are their young ones. They always keep the happiness of Mavis and Duncan before their profession. In an Interview, when Alfre was asked about how she balances her job after adopting her kids, she said that she puts her children first. Alfre added if she had twelve hours free, she flew to her home, clap for Mavis and Duncan whatever they were doing, and flew back to the set.

As mentioned earlier, Alfre Woodard’s daughter, Mavis, is an equestrian who achieved fame for her meteoric rise in Grand Prix show jumping.

You might be surprised to know that Mavis’ horse riding career started at a very young age of two years. Her parents used to lead her around the retired Selle Francais jumper stallion, Galoubet. Mavis began her riding lessons when she was five years old. She started riding horses with coaches Dick Carvin and Susie Schroer in 2000.

When Mavis was in the junior category, she realized that she wanted to serve in equestrianism as a career. Realizing her passion for horse riding, she stopped competing and worked as a groom for six months for jumper rider Kent Farrington. During her early years, Mavis did everything like hands-on care of the horses, grooming, mucking stalls, and barn chores and took it as valuable education.

With all the hard work and dedication, Mavis has established herself as a nationally ranked equestrian. To date, she is the winner of various championships, including Silver Medal Individual, USEF National Junior championship, William C. Steinkraus Style of Riding Award, 2008, and many more.

The Ambassador Of US Equestrian

Miss Golden Globe 2010, Mavis had big dreams since she was younger, and she began to be the person she always wished to be. Seeing her dedication towards the horses and her old-fashioned horse sense, US Equestrian chose her as an Ambassador of horse sports.

Mavis is a unique role model for the rising show jumpers. She is always willing to give anything a shot as long as she will not mess it up too badly. Moreover, Mavis is more concerned about the horses than for herself. And still, Mavis consults her former coaches and the internal horse dealers where she worked about everything whenever she needs assistance to blossom in her career as an equestrian.

The gorgeous Mavis inherits some beauties from her stunning momma, Alfre Woodard. Besides being a professional equestrian, Mavis did modeling for some period in the past. She was the Miss Golden Globe 2010 and assisted in the annual awards ceremony of 2010.

Moreover, beautiful Mavis has modeled for various prestigious magazines such as Teen Vogue and Instyle.

Mavis Spencer seems to be single in the present. There is no news and hints from her social media pages to prove that she is a married woman. Moreover, she has not been linked to any romantic relationship in the past.

Maybe one day, but for now I’ll take 16h+, bay, and gelded 🐴🙌 pic.twitter.com/bsBvf7lqBy

Currently, Mavis is focusing on her career as an equestrian. In 2017, she tweeted that she might be in a relationship one day, but she would take her horse for then. And to date, her love is just for her horses.

Being a daughter of a parent with a high-earning profession, Mavis grew up in luxury and comforts since her childhood. Her mother, Alfre, has a fantastic net worth of $13 million, which she amassed from her successful career in the American Entertainment Industry. Moreover, her proud father, Roderick also has a fortune of over $5 million earned from his profession as a writer.

Though Mavis grew up in such a wealthy family, she grew up to earn tons on her own. Looking at her achievements, and her career, one can expect Mavis Spencer’s net worth to be of a grand sum. She adds such a hefty amount to her assets from her career in the horse riding field.

According to the Linkedin Profile of Mavis, she is a Head Account Manager at The Equine Platform since September 2018 from which she receives an impressive salary. Moreover, Mavis is also a professional rider at Gallop Apace LLC, which she joined back in January 2017.

The name Mavis is a girl name of English Origin. It’s meaning is song thrush.