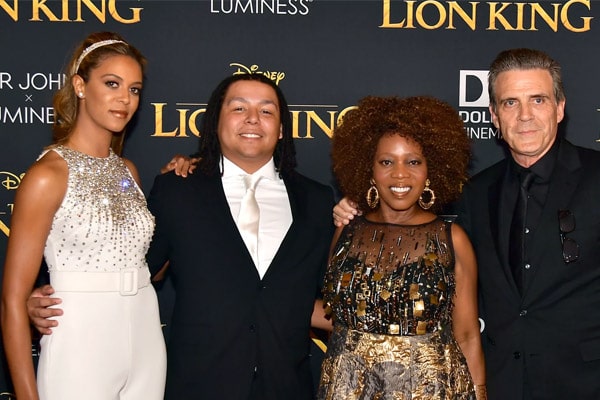 Almost everyone around the globe are well known to the famous American actress Alfre Woodard. Her performance in the American Entertainment Industry has crossed over three decades now – since 1978. Over the years, her acting profession has won her various nominations and awards. Alfre is the winner of Golden Globe Awards, Emmy Awards, NAACP Image Award, and more.

Besides a promising career in Hollywood, Alfre is also equally successful in her family life too. She is in a marital bond with her husband Roderick Spencer from 1983 to date and still counting. The two inseparable couple are parents to two talented kids and Duncan Spencer is one of them.

Here, meet Alfre Woodard’s son and get to have a closer look at his professional and personal life.

Second Child Of Alfre With Roderick

The beautiful and talented actress Alfre Woodard took wedding vows with writer Roderick Spencer in 1983. And unlike many of the celeb couples, the two have been together for over three decades now.

The happy couple, Alfre and Roderick, added a new member in their family, a daughter, Mavis Spencer, on 13 June 1991. After three years on 12 November 1993, their son, Duncan Spencer, joined their small family.

Many sources claim that the Cross Creek star Alfre adopted her kids, Duncan and Mavis, with her spouse Roderick. It is a bit shocking that they do not have any biological child. However, the husband and wife, Alfre and Roderick, are happy with their marital life and have raised Duncan and her sister so well.

His Sister Is An Equestrian

As we mentioned earlier, Duncan is the second child of Alfre and Roderick. He is a blessed younger brother of Mavis Spencer, a renowned person in the United States equestrianism. She is also an Ambassador of the US Equestrian.

Duncan’s sister spends most of her time with her horses. In her free time, she loves and enjoys spending quality time with her little brother and parents. Duncan and Mavis both often share pictures with their family on their respective social media sites. The photos shared by the sister-brother duo show that there is an extraordinary bonding between the two siblings.

Like his sister, Mavis, Duncan is also passionate in a different field other than the film industry. Alfre Woodard’s son, Duncan, is an avid golf geek. He is often seen roaming around golf courses carrying his golf stick.

Moreover, Duncan regularly shares photos of him with his family and friends playing golf on his Instagram. By seeing the snaps, it can be clearly said that Duncan is keen about the game. And with all the practices and dedication, he is getting pretty good at it too.

Fond Of Travelling and Adventures

The son of Alfre Woodard, Duncan’s passion is not just limited to golfing. He is also equally fond of visiting different places and experiencing new adventures. He often posts pictures of him exploring oceans in yachts or enjoying snowy mountains with his friends.

Also, Duncan’s parents and sister join him in his adventures most of the time. The celebrity family of Duncan loves to spend their special moments together. Their devotion towards their family can be seen in their photos shared by them on their social media pages.

The meaning of the Scottish origin boy name Duncan is a dark-haired man.