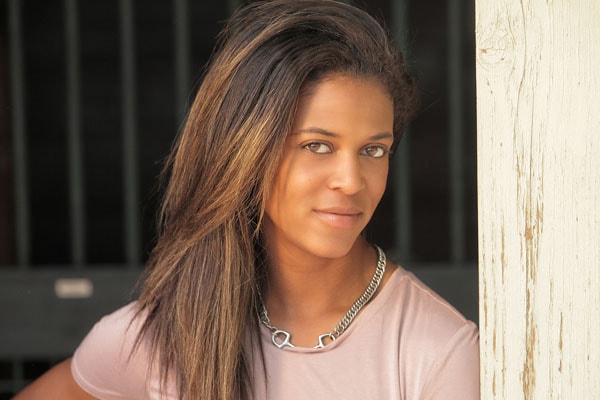 The gorgeous Mavis Spencer is blessed to have such wonderful and talented parents. Mavis’s father, Roderick is a well-known writer and her mother, Alfre is one of the versatile actresses. After going through her Instagram, we have found out that the beautiful Mavis Spencer is attached to each and every member of the family. From that, we can tell that Mavis is kind and loving.

Unlike her mother Alfre Woodard, Mavis didn’t choose an acting career as her profession. She is a professional show jumper. Mavis Spencer started her riding at Meadow Grove in 2000. We can find photos of Mavis Spencer with horses mostly. Looks like Mavis also has a hobby of riding horses.

The talented Mavis Spencer enjoyed her junior horse-riding career. Then, for four years she worked as a groom for the top jumper riders and succeeded into a lifetime opportunity. Mavis’ devotion to her career is the key to her professionalism.

From Mavis’ career point of view, she spends most of her quality time with horses. So, Mavis Spencer’s love towards kind-hearted animals must have risen gradually. Going through Mavis’ Instagram, we can see that she has posted many photos with the horses which were ridden by herself in a lot of competitions.

Mavis Is The Ambassador of US Equestrian

Roderick Spencer’s daughter, Mavis Spencer is disciplined and optimistic from her childhood. She gives credit to her parents the way she was raised for. The hard-work and Mavis Spencer’s parents’ support has helped her garnish the career she had hoped for.

Not only her career is going in the right direction but she was also chosen as one of the eight Ambassadors of US Equestrian. Mavis’ polite attitude, love for innocent animals and, disciplined style could be the cause for choosing her as an ambassador. The sparkle that Alfre Woodard’s daughter Mavis Spencer has brought up from her career could be another reason for her being selected as an ambassador.

The word Mavis is derived from Old French mauvis which means to be a song thrush.