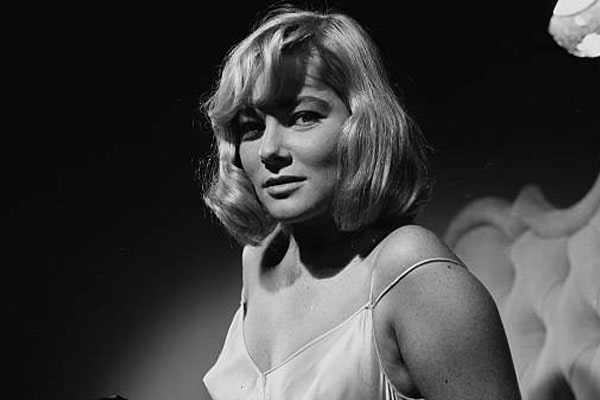 Gorgeous Maybritt Wilkens, known by the stage name, May Britt is a Swedish actress who gained promising success in the film industry of Italy and then in the United States. Well, peeking at her personal life and marriage, she married the American musician, dancer, and actor, Sammy Davis Jr. in 1960.

Both of them adopted two sons, Mark Davis and Jeff Davis. Their marriage however ended with a divorce in 1968. May and Sammy probably took care of her sons separately. Mark and Jeff also have a sister named Tracey Davis. She is May’s daughter with her ex-husband, Sammy. So, without wasting any further, let’s know more about May Britt’s sons. Furthermore, Mark & Jeff’s father Sammy Davis also has another son named Manny Davis, whom he had with Altovise Davis.

May Britt’s son, Mark Davis was born in 1960 and the ex-couple adopted him on June 4, 1963. As stated above, Mark has two siblings, Jeff Davis and Tracey Davis. Mark Davis who works as a photo clerk at Costco came into the spotlight when he said Sammy Davis Jr. was his real dad. Sammy the entertainer, who died in 1990, always told his friends and family that Mark had been adopted.

Mark also stated that his dad called to his death bed as he laid dying from throat cancer. Sammy grabbed Mark and told him ‘You are my son.’ Mark didn’t realize the significance of what he said. Both Sammy and Mark bear an uncanny resemblance. Also, Sammy was named his father and Swedish actress, May was named his mother on his birth certificate.

So, to get the final conclusion about whether Sammy is Mark Davis’ dad or not, he and his sister, Tracey did DNA tests. The tests were carried out by Inside Edition. As the results came in, it revealed that they are entirely unrelated. Nevertheless, Tracey’s love for Mark will never fade away.

Therefore, it means Mark Davis has no idea who his biological parents are. But, in all, he’s most probably thankful to his parents for providing him with a happy life.

May Britt’s Son, Jeff Davis Is Not A Familiar Face In The Spotlight

Well, May Britt’s other son, Jeff Davis was born in 1963 and as Mark, he was also adopted by the ex-couple. Even so, he is not a familiar face in the showbiz industry. Perhaps he did not step into the entertainment industry but chose a different path to settle his career and life. May Britt’s son looks to be the man who cares about privacy and secrecy.

Jeff Davis is certainly living a quiet and low-key life. Maybe he has settled his married life as well. We can presume him to have a close relationship with both of his siblings. So, in all, Jeff might be enjoying his subtle and quiet life with his family.

Jeff Davis – According to the English origin, Jeff refers to ‘God Peace.’