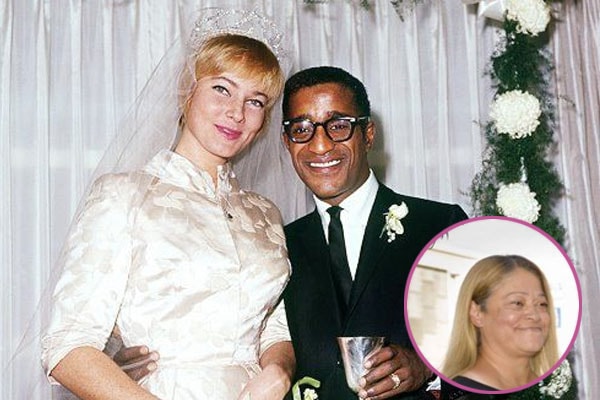 Tracey Davis is May Britt’s daughter whom she had with her ex-husband Sammy Davis Jr. She was born on July 5, 1961, in Los Angeles, California, USA. Tracey Davis has one half- brother, Manny Davis, and two adopted brothers; Mark Davis and Jim Davis.

What Is Tracey Davis Doing These Days?

Though May Britt’s daughter, Tracey Davis, might have a fairly good singing voice, she doesn’t see it as a career like her father. She told Chapter16 that she’d found her niche in being a producer and working behind the camera. Tracey has also authored a book on her father’s life, “Sammy Davis Jr.: A Personal Journey With My Father”, which was first issued in 1996.

Twenty years later in 2014, Tracey reprinted the original volume with additional details. She even made an appearance in an interview with CBSLosAngeles concerning her father’s memoir.

Sammy Davis’s daughter, Tracey, describes him in the book as a ‘tender and a humorous’ man. In the interview, she recalled how tough it was for her family to live peacefully due to her parent’s inter-racial marriage at a generation of deeply seated racial prejudices. Tracey also lauds her mother May’s courage and describes her as a ‘strong-person’ who had to endure the loss of her career when she married Sammy Davis Jr.

The Early Life Of Tracey Davis

It wasn’t a piece of cake growing up for Sammy Davis and May Britt’s daughter, Tracey Davis. Her parent’s interracial marriage in 1960 was illegal in 31 states. That induced major hindrances in their everyday lives, including death threats. May Britt was the second wife of Sammy Davis Jr. Amid their controversial conjugal life, they adopted son, Mark Davis. In 1961, Tracey was born.

In numerous conversations, Tracey has often mentioned how vague her father’s presence was throughout her childhood. In an interview with the Los Angeles Times, she revealed that she’d told her father she loved him but didn’t like him very much. At the other hand, Tracey shared that her mother and brothers were always together as a family. Tracey also mentioned had it not been for her mother, May Britt, she probably wouldn’t have had a relation with her father over the years.

Sammy Davis and May Britt’s daughter, Tracey Davis, has her own family now. She was married to her ex-husband Guy Garner with whom she has two children; Sam Garner and Montana Garner.

A month before her father Sammy died, May Britt’s daughter Tracey gave birth to son Sam Garner on April 20, 1990. She also gave birth to a daughter, Montana Garner, in 1994. Tracey Davis’ daughter Montana is 29 now and a singer-songwriter. Tracey is already divorced from Guy Garner. She had mentioned about having a third child in the CBSLosAngeles interview, however, further details about the baby haven’t been revealed yet.

The name Tracey is derived from the Irish word “treasach” meaning “war-like” or “fighter”.