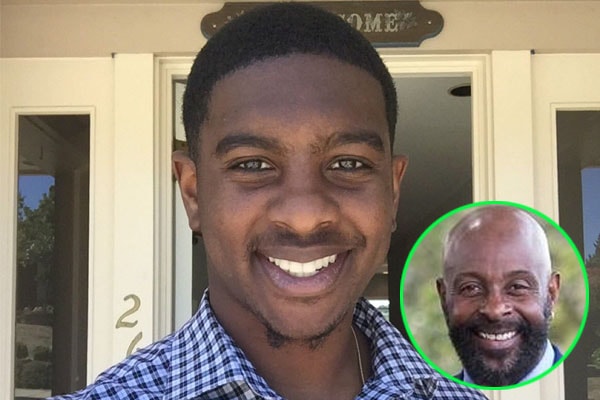 Jerry Rice Jr., Jerry Rice‘s son with ex-wife Jacqueline Bernice Mitchell, was born on July 27, 1991. The handsome Jerry is the second child and only son of the former couple, Jerry and Jacqueline.

Jerry Rice Jr. has one older sibling named Jaqui Bonet Rice who was born in 1987. His younger sibling is also a girl named Jada Symone Rice born in 1996.

Jerry Rice Jr. is a former football player just like his father Jerry Rice who played for San Francisco 49ers. The famous American football wide receiver’s son Jerry played for Washington Redskins and Montreal Alouettes. We can say for sure that Jerry junior inherited the spirit for football from his famous father, Jerry.

Jerry is the undergraduate from the University of California with the degree of Bachelor of Arts with a Major in English. At present Jerry is associated with Alain Pinel Realtors. Jerry shared why he transferred from the football field to Real Estate in his real estate blog. The former football player Jerry explained that he was placed on Redskin’s Injured Reserve due to a torn labrum in 2014.

However, he played in the Canadian Football League for a few years. While Jerry Jr. was recovering, he came up with an idea to switch his football career with the real estate business. That’s when he ventured into entrepreneurship. He also adds that his Real State initiation is all for helping his community’s needs.

The football legend Jerry Rice’s son Jerry Jr. probably misses those days as a football player. Although he left the career, Jerry is in touch with the members of his former teams. Time and again Jerry can be seen hanging out with his friends from the team.

The American Football wide receiver Jerry Rice Jr. shares the same name with his dad Jerry. Jerry is a name for a boy which has an English origin. It is the diminutive form of the names George, Jeremy, Gerald.