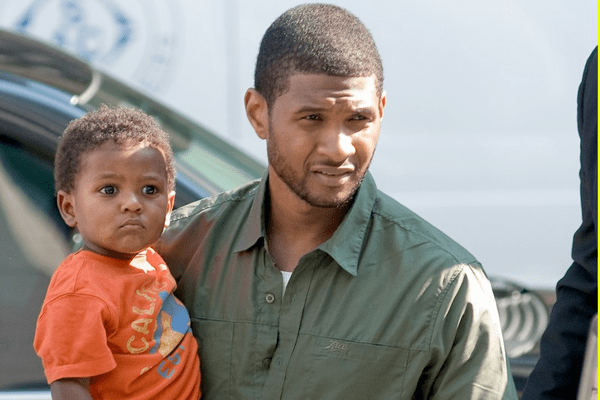 Usher’s personal life has been a pretty troublesome one. Court cases related to child custody have been a constant in his life. But all this trouble he has had to endure will seem nothing to him thanks to beautiful sons, especially his younger son Naviyd Ely Raymond.

Naviyd is the second son of Usher after Usher Raymond V. Usher had both his sons with his ex-wife Tameka Foster. Naviyd was born in December 2008, a year after the birth of his elder brother. He lives with his father and brother and has a pretty luxurious life.

Young Naviyd has a stark resemblance to his father. He is pretty similar in terms of looks and also has the charms of his father Usher. With that look and charms, he looks set to follow in his dad’s footsteps and become a star. He already seems on the track to stardom as he was seen being critical of his father’s music.

According to Usher, when he took his son Naviyd to the studio, he wasn’t impressed with what he was hearing and told Usher that he was a bad singer. Usher further said that little Naviyd acts like a star and isn’t afraid to criticize his father or someone else for that matter. Looks like Usher’s youngest child is ready for the spotlight.

Usher loves spending time with his youngest son. He is seen taking Naviyd to parks and zoos for visits. Cameras have spotted him hanging around with both his sons on a regular basis. He even takes his youngest kid to walks in the park and other areas. It is clear that his love for his two sons is eternal.

But these moments with his sons haven’t come easily for Usher. He had to engage in a bitter legal battle for the custody of the two sons with his ex-wife Tameka Foster after the two got divorced in 2009. The heated court battle lasted for over 3 years as the case was finally settled on August 24, 2012, with Usher winning custody of both his kids.

A year later, Foster again filed for custody of both her sons after the elder son Usher V nearly died after being stuck in a drain while in the swimming pool, citing carelessness from Usher. The case was dismissed soon with Usher regaining custody of his sons.

The name Naviyd is of Persian Origin which means “good news.”

As for the name Ely, it is a Hebrew baby name which means ‘Jehovah is God’.