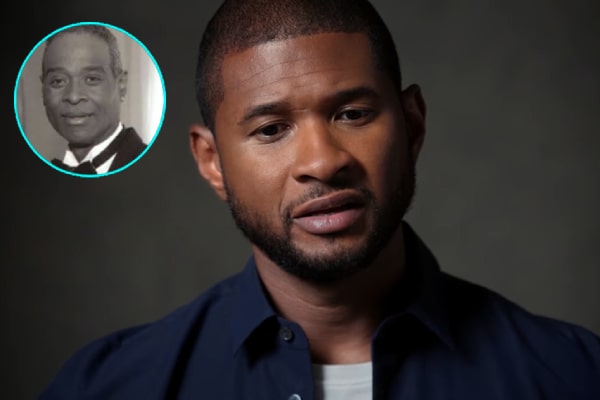 Usher Raymond III was a father to the My Way hitmaker, Usher. Image Source: Social Media.

Born Usher Raymond IV, Usher is a famous R&B singer of American nationality. He has been involved in the music industry since 1993. With his career stretching nearly three decades, the singer has accumulated immense fame and fortune in his career.

The musician was born in Dallas, Texas, to his mother, Jonetta Patton, and his dad, Usher Raymond III. Thus, in today’s article, let’s learn more about the dad of the renowned musician in detail. Keep reading to know more about the father-son bond.

Usher’s Father Had A Drug Addiction

Raymond, Usher “Urkie” III was a 1973 graduate of Howard High School. He was the captain of the high school’s basketball team, Hustlin’ Tigers. Moreover, Raymond III attended Motlow State Community College. Also, he was one of the members of Greater Friendship Primitive Baptist Church. Besides, the musician’s dad worked as an instructor for the Overcomers Organization.

As per One India, Usher Raymond III got into drugs at a very young age. Later, he became a failure to substance abuse, and his life was affected too much because of it.

Seeing his dad’s addiction and how it affected his life, the renowned musician said that he would never do drugs. He further added that he is just too fearful of what drugs might do to him.

Usher’s father first tied the knot with Jonetta Patton. The couple was together for only a short time and had one son, Usher Raymond IV., The reason behind the failure of his first marriage was his addiction to drugs and alcohol.

Raymond III was a father to five children, including the R&B singer. His other children are Tomika Johnson, Ursula Parson, Ushyra Raymond, and Shelly Lusk. On the other hand, his ex-wife, Patton, tied the knot with another man who had a son named James Lackey, who was born in 1984.

On top of that, his son, Usher Raymond IV, became famous worldwide. After releasing his second album, My Way, the singer’s musical career shot up to fame. Altogether, he has released eight studio albums, 79 singles, 8 EPs, and many others. Besides, the talented musician has also worked on several songs related to his fatherhood, including Sin of My Father, Hey Daddy, Letter to My Son, etc.

Also Read: Learn What Does Andrew Garfield’s Father Do Now – His Mom Has Passed Away

Passed Away During Liver Transplant

Usher’s father was absent from his life. By the time his little boy was ready to reconnect, the elder Raymond had been admitted to the ICU (intensive care unit) and required a liver transplant. So, the eight-time Grammy winner put his anger aside and decided to help his dad.

However, the story took a tragic turn. Within the process of undergoing a liver transplant at Emory Hospital, Raymond III slipped into a coma and didn’t make it back.

In an interview with Oprah, the younger Usher disclosed that his dad was absent from his life. Furthermore, it looks like the father-son duo never got any chance to establish and mend their relationship.

Sadly, Usher’s father died on 18 January 2008 at the Atlanta hospital during a liver transplant. In a talk, the musician said that the whole purpose behind trying to fix the story was to make sure his son knew where his name came from. The You Make Me Wanna… singer added that legacy, the idea of who we are and where we came from is important to him, but he lost that opportunity. Sadly, Usher Raymond IV never truly got to meet his dad.