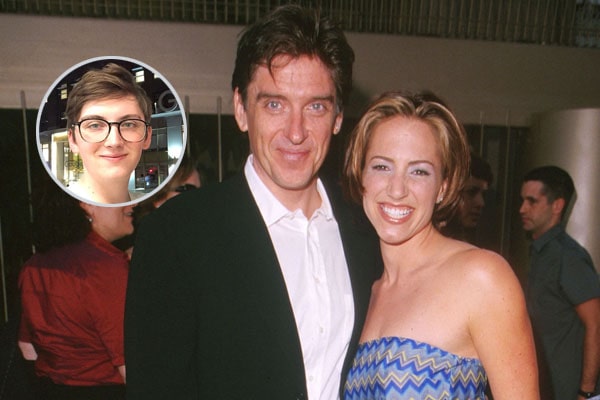 The famous former host of The Late Late Show, Craig Ferguson, was married to Sascha Ferguson, former actress, for six years when they decided to part ways in 2004. In their years together, they were blessed with a child, a son Milo Hamish Ferguson.

Craig Ferguson’s son was born in 2001. Milo was just three years old when his parents separated ways, and since then, he is living with his mother, Sascha. Milo also has a half-brother named Liam James Ferguson from his father Craig’s third marriage with Megan Wallace Cunningham.

The 19-year-old Milo Hamish Ferguson is pursuing his studies in Visual Arts in prestigious SVA (School Of Visual Arts), NewYork. We can say that Milo inherited his creative skills from his parents Craig Ferguson and Sascha Ferguson. Milo’s mother, Sascha, shared an adorable snap on her Instagram, claiming that her son is her favorite artist ever.

We can see that Craig Ferguson’s son had an interest in fine arts since his young age, and he is pursuing it as well. We only wish best for him as he is driving towards his dreams with full force.

My wiseass son @keetztweets trying to choose a career. I read him Caps for Sale too much when he was a baby. pic.twitter.com/vSXtsxw2pG

Craig Ferguson supports his son and seems to cherish Milo very much. We hope that they are close to each other and spend quality time together.

The mother of Milo Hamish Ferguson, Sascha Ferguson, is a former actress well known for The Big Tease. After her divorce with Craig Ferguson, she hasn’t appeared on the silver screen or any social events. During those years of the low profile which she still maintains, Sascha was the owner of a Spy school and CEO of different academies which taught pilates, dance, and many more. Also, Milo seems to have grown well under his mother’s upbringing.

We can see that Milo is very close to his mother and shares a very special bond with her. The mother-son duo is inseparable, and we only wish them happiness and success.

The name Milo is of German origin, meaning “soldier or merciful.” As for the middle name Hamish, it is of Scottish origin, which means Supplanter.