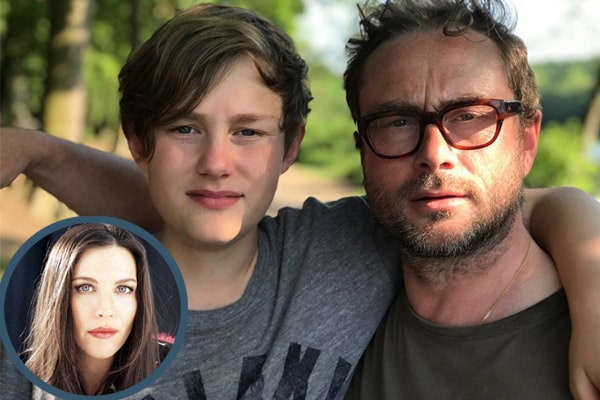 Milo William Langdon is the oldest son of Liv Tyler with her ex-husband, Royston Langdon. Liv Tyler’s son Milo William was born on 14th December 2004, Tuesday at 4:11 am in New York City Hospital. Milo weighed 8 pounds at the time of his birth. He has two maternal half-brothers, Sailor Gene Gardner and Grey Gardner, and half-sister Lula Rose Gardner.

Let’s swirl in to know more about Liv Tyler’s son.

The legally separated parents of Milo William, Liv Tyler and Royston Langdon are still close to each other. Since Liv Tyler shares the custody of her son Milo, he also shares the same amount of time with his dad. Royston often shares photos of him enjoying with his son Milo on his Instagram and Twitter.

The two separated former lovebirds Liv and Royston walked down the aisle in 2003 at a private Villa in Barbados. Due to some unknown reasons, they got divorced in 2008 after five years of staying together. Despite the divorce, they have remained good friends and also devoted parents to their only son Milo.

Milo William loves spending quality time with his sister and brothers. Steven Tyler‘s daughter Liv Tyler keeps posting photos and videos of Milo having fun with his siblings on her social sites.

Dave Gardner is the partner of Milo William Langdon’s mother Liv Tyler. Though Milo William is not biologically Dave Gardner’s son, the two have a great bonding like that of a son and dad. Gardner feels blessed to have Milo William as a part of his family. Dave treats Milo equally like he treats his biological sons Grey and Sailor and daughter Lula Rose Gardner.

According to German Origin, Milo is a boy’s name which means “Soldier“. Similarly, William is also a Germanic origin meaning “determined protestor“. Milo William Langton is really a great soldier and a strong boy of his family.