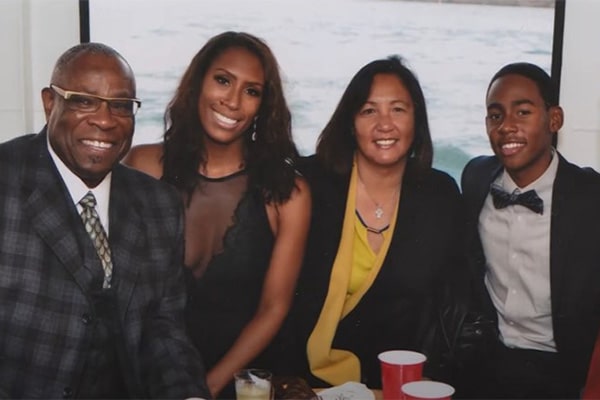 Dusty Baker, a former MLB player, is currently working as a manager at Houston Astros. In addition, he had played baseball from Atlanta Braves and Los Angeles Dodgers and managed to make a name for himself in the sports.

Moreover, during his 19 years career as a hard-hitting outfielder, he had gained lots of fans who were curious to know about his personal life. Due to his popularity, Dusty’s family members are also quite popular in the public eye.

So, in this article, let’s find out everything about Dusty Baker’s daughter, Natosha Baker.

Natosha Baker Is The Only Daughter Of Dusty

Natosha Baker was born on September 29, 1979. She is the eldest daughter of Dusty Baker and Alice Lee Washington. Although Natosha lives a very private life, being Dusty Baker’s daughter, she has been in the spotlight since childhood.

Moreover, Natosha is currently working as a graphic designer for her dad’s winery, Baker Family Wines. Dusty’s winery is located in West Sacramento, California. In addition, during an exhibition game, Dusty wore a unique black mask designed by his daughter.

Being the daughter of such a well-known baseball player, Natosha must have lived a very comfortable and happy childhood.

Natosha is the only child of Dusty, born to his first wife, Alice. In addition, according to IMDB, the ex-couple were married on May 30, 1970. Although there is no information exactly when her parents got divorced, one thing is sure that Baker’s mom and dad have been separated for many years.

Moreover, Dusty has already moved on as he got married to Melissa Baker in 1994. The adorable couple has been happily married ever since. With such a prospering career, there’s no doubt that Dusty must be living a very luxurious life with his second wife in Granite Bay, California.

Even though it is unclear if Dusty Baker’s daughter and his former wife are close, Natosha has a good bond with her father. In addition, she must have been a great support to her father during his battle with prostate cancer in 2001.

Dusty Baker’s baby girl also has one younger half-brother, Darren Baker, born on  February 11, 1999. Darren has followed in his father’s footsteps as the Washington Nationals drafted Baker in July 2021. Starting a professional career as a baseball player was a big moment for both Darren and his father, Dusty.

Previously, Darren used to play baseball at the University of California, Berkeley. In addition, he is the first member of his family to get a four-year college degree. Besides, he is the 2021 California male Tom Hansen award winner.

Furthermore, Natosha Baker’s brother went viral at just three when J.T. Snow saved him from the home plate collision in Game 5 of the 2002 World Series. Luckily, he was saved from almost getting run over by David Bell. Although Darren himself does not remember this incident, many MLB fans remember him due to this event.

Natosha is married and has a handsome son, Nova Love Smith. However, like Dusty Baker’s oldest kid, his son-in-law has also decided to live a private life away from the spotlight.

Looking at the interviews given by Dusty, it seems like he’s delighted to be a grandfather for the first time. Additionally, he calls his grandson “a cool little dude.” Surely, Nova will learn some baseball techniques from his talented and famous grandad.

Who knows, Natosha Baker’s son might continue his grandfather’s legacy. Moreover, we hope to see Dusty Baker’s baby girl more in the limelight with her father.

Natosha is a girl’s name of Russian origin which means Born On Christmas Day.