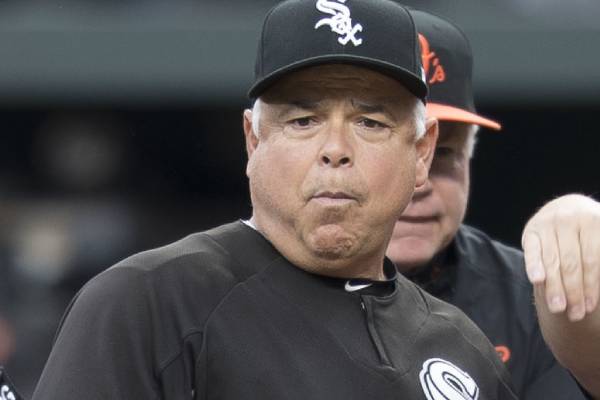 Rick Renteria, aka Richard Avina Renteria, is the former manager of the Chicago White Sox and Chicago Cubs. He is also a former professional baseball infielder and has played with several teams in different years. In addition, the successful baseball manager has been married for several years now.

People who follow baseball are curious to learn about his personal life and his fatherhood. So, how many kids does the former baseball manager have? Let’s find out about Rick Renteria’s children and what they are doing these days.

Is The Father Of Four

The former baseball manager, Rick Renteria, has been married to Ilene Renteria since 1983. It has been many years since the duo got married, and in all these years of togetherness, the couple welcomed four kids, three sons, and a daughter, whom they raised with immense love and care.

All four of Rick Renteria’s children have grown up and are doing well in their respective fields of profession.

As mentioned earlier, Rick Renteria shares four kids with his wife, Ilene Renteria. Their eldest child is a son, Joseph Renteria, who was born in 1978, 5 years before their marriage.

According to Chicago Tribune, Rick Renteria’s son, Joe Renteria, was stationed at Naval Station Great Lakes as a petty officer in 2019. The place where he was stationed is about 37 miles north of Chicago near Waukegan.

In the article, Joe mentioned that he might have to leave for six months, so he needed to spend more time with his daughter, wife, and parents.

Furthermore, Joseph has also been on the mission to the Horn of Africa and Panama. He graduated in 2008 from Naval Station Great Lakes. He works in the management and training of 24 Navy operational support centers in eight states which support 385 active duty and 5,600 selective reservists.

Moreover, according to NBC Sports, Joseph also played collegiate baseball. He seems to be doing great at his job and might be earning significantly too.

After the birth of Joseph, their eldest child, Rick, and Ilene welcomed Anthony Renteria to the family. He was born on August 30, 1989. Because of his father’s influence, Anthony was also interested in baseball from an early age.

Moreover, Renteria has followed in his father’s footsteps and seems to be doing great in his baseball career. In 2012, The San Diego Padres drafted Rick Renteria’s son, Anthony, with the 1,185th overall pick.

Andrew was an outfielder at Cal State San Marcos, and the Padres drafted him in the 32nd round of that 2007 Draft. He studied at Great Oak High School in Temecula, California.

The Padres’ vice president and assistant general manager for personnel Chad MacDonald mentioned that Anthony fitted the bill as he could play all three outfield positions and has a baseball background.

Furthermore, in 2015, Andrew stated that he wanted to follow in his father’s footsteps and become a full-time coach after retiring as a player.

After the birth of two sons, the baseball coach, Rick’s wife, Ilene, gave birth to their third child, Michael Renteria. But, unlike his other two kids, information about when Michael was born has not been revealed.

Rick Renteria’s baby boy, Michael, is also involved in the sports industry but not in the baseball world. Michael is interested in swimming but it is unclear if he has pursued a career in it professionally.

Furthermore, the Renteria family was completed with the birth of Alexandria Renteria. As the youngest one in the family, she must be pampered well by her dad, mom, and brothers.

Alexandria used to play a little softball. However, she turned to dance and now is a talented dancer. We hope that Rick Renteria’s daughter finds success in the entertainment world.

Rick must be proud of what his kids have achieved, and he and his wife wish to see them succeed in their respective works. Also, let’s hope that we get to learn more about Rick Renteria’s children in the coming days.

The name Joseph means God Will Increase and has a Hebrew origin.

Furthermore, the name Anthony has a Latin boring, and it means “priceless one.”

The name Michael means Who Is Like God? and has a Hebrew origin.

The name Alexandria has a Greek origin, and it means Defender Of The People.