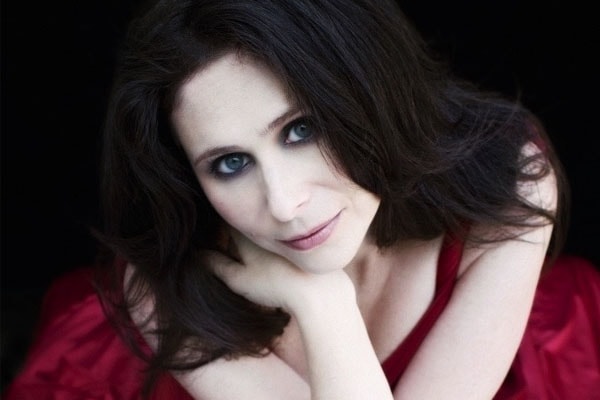 Navah is a classical pianist and admired for her lyrical eloquence on stage. She is married to husband Robert David Frost. The duo is parents to four children including twins.

Born into a family of music enthusiasts, Navah Perlman showed great interest in Piano at the tender age of just five. Finally, Itzhak Perlman’s daughter began her piano lessons at age 6. Her teacher was Ronit Amir Lowenthal. Furthermore, she attended Juilliard School, the same school as both of her parents. There she worked with Herbert Stessin. She also studied chamber music with tutors like Robert Mann, Felix Galimir, and Dorothy DeLay.

Simultaneously, Navah Perlman has also worked in chamber music with violinist Philippe Quint and cellist Zuill Bailey a.k.a. Perlman/Quint/Bailey Trio. The band has performed at universities like Lincoln Center, the Lied Centers of Kansas, and Nebraska to name a few. Likewise in cities such as San Francisco, Chicago, St. Louis, Phoenix, Houston, Charlotte among others. Consequently, in 2011-2012,  the Perlman/Quint/Bailey Trio did a recital tour throughout Florida in the spring.

At the age of 19, when Navah Perlman was studying at Brown University, she developed rheumatoid arthritis. It obstructed her ability to play keyboard well. She had to take a number of drugs to control it. But fortunately, by the time she graduated, she had recovered well enough and regained her technique back as well.

Navah Perlman married Robert David Frost in June 1992. Besides, It is reported that the couple met in their apartment building. The duo supposedly dated through high school and college. The couple together is also parents to four children. Although, the name of Navah Perlman’s children haven’t been made public yet.

In 2015, Chamber Music Programming had appointed Navah as their director. The program is dedicated to bringing chamber music to a wider audience in the Adirondack region of New York State.

The Hebrew meaning of the name Navah is “Pleasant, Beautiful”.