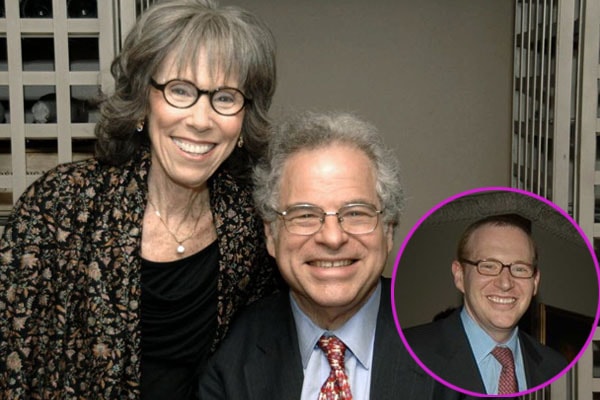 Noah Perlman is the son of virtuosos violinist Itzhak Perlman and Toby Perlman. He was born in 1969. He has four siblings: Rami Perlman, Navah Perlman, Ariella Perlman, and Leora Perlman.

Itzhak Perlman’s son, Noah, was born as Noah Benjamin Franklin. He also was the managing director and global head of financial crimes at Morgan Stanley. Noah is married to his wife Anneke Rachel Rifkin. The couple is alleged to have only two children so far.

Noah Perlman Is An Attorney-At-Law

Itzhak Perlman’s son, Noah Perlman, attended Harvard University and graduated in 1991 with an A.B. degree. Later on, he went to attend law school at Columbia University. He graduated in 1997 with a J.D. degree. Eventually, the U.S. District Court of New Jersey admitted Noah in 1997. A year later, he was approved at the U.S. District Court of New York. There, Noah served as a division counsel for the United States Drug Enforcement Administration.

Noah Perlman began working at Morgan Stanley since the early 2000s. Noah worked there for more than a decade. Finally, the company elected him as the managing director and the global head of financial crimes. He had legal and compliance responsibility for governance, oversight, and execution.

On March 9, 2017,  Columbia Law School invited Noah as a guest of the Roger Hertog Program on Law and National Security and Columbia University’s Global Policy Initiative​. Once on stage, Mr. Perlman talked about national security issues facing the financial industry, cybersecurity and sanctions compliance. He also described his work on the United States Drug Enforcement Administration.

The private life of Noah Perlman isn’t much known to the public. Even though he was born into a family of avid musicians, he chose a career very different from that of his parents and siblings. Also, Noah had to battle rheumatoid arthritis as a child. It put him in a wheelchair from the ages of 8 to 11.

He married  Anneke Rachel Rifkin on September 13, 1992. Anneke Rachel Rifkin is the daughter of Dr. Daniel B. Rifkin and Miki Reuchlin Landsberger. At the time of their marriage, 22 years old Anneke was the assistant director of the Merrin Gallery in New York. Mr. Perlman, 23, was the assistant vice president of the Metropolitan Funding Corporation, in New York as well. Not much information is given about how the duo met and where they currently reside.

From the Babylonian and Assyrian origin, the meaning of Noah is “Repose or Rest”.

Follow Ecelebritymirror for the latest News on Celebrity Babies and Entertainment.