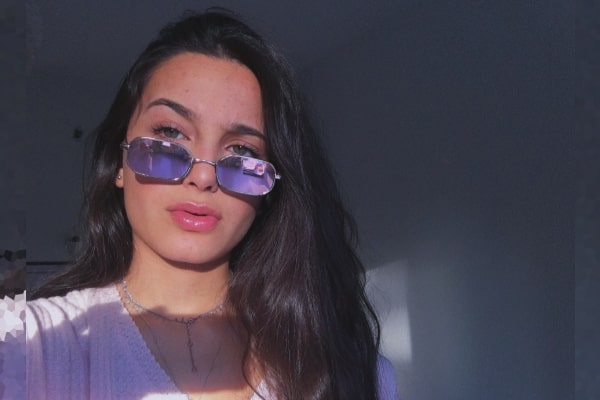 Nelly Furtado's Daughter Nevis Gahunia is growing up into a beautiful woman and aware human being. Image Source: Nevis' VOSCO.

Nelly Furtado is a Canadian singer-songwriter and record producer who is known for her musical versatility. Although her musical journey began at age four, she released her debut album, Whoa, Nelly! in 2000 and bagged critical and commercial success, not to mention her first-ever Grammy.

Nelly Furtado went on to release several albums after Whoa Nelly! and won many prestigious awards. But one of the most special gifts for Nelly is her daughter, Nevis Gahunia, her only kid she welcomed with her ex-boyfriend, Jasper Gahunia. The pair were notoriously secretive about their relationship, so they are naturally protective about their kids.

Thus, here is everything about Nelly Furtado’s daughter, Nevis Gahunia, and her whereabouts.

Only Child to Nelly and Jasper Gahunia

As mentioned earlier, Canadian singer Nelly Furtado is insanely private about her relationships and prefers to keep her life confidential. She welcomed her one and only child, Nevis Gahunia, with her four-year-long boyfriend, Jasper Gahunia, on September 20, 2003.

According to People, Nelly was spotted with her daughter, Nevis, in Paris while performing in the Star Academy TV show and promoting her album Loose in 2006. She cunningly kept her pregnancy private, and the birth of her baby, too, was a surprise for her fans.

Nevertheless, Nelly Furtado’s daughter, Nevis Gahunia, is growing up into a beautiful girl/woman with her mother. She is, in fact, very active on Instagram and shares a couple of pictures of herself and her friends. Although there are no insights on Nevis’ childhood, she must have been a happy child.

Furthermore, Nevis went to The Bishop Strachan School and is currently enrolled in the NYU Gallatin School of Individualized Study. Besides studying, the green-eyed beauty, Nevis is adventurous and enjoys her time with friends in the woods as well. Thus, Nelly and Jasper Gahunia’s daughter, Nevis, is a wild soul and wonderful woman who maintains a close bond with her parents.

Aforementioned, Nelly Furtado’s daughter was born from her years-long relationship with her DJ boyfriend, Jasper Gahunia. The former couple was reportedly friends for several years before they started their romantic relationship.

Unfortunately, Nelly and Jasper parted ways after welcoming their child. During an interview, Nelly admitted that she wasn’t into marriage when they were in a relationship. Thus, the contradicting idea about marriage might have caused the couple’s breakup.

Despite parting ways, Nelly further confirmed that she and Jasper were active co-parent and maintained a friendly relationship even after years after an amicable breakup.

According to Nelly Furtado’s IMDb, she named her daughter Nevis Chetan Gahunia after the island on which she was conceived, i.e., Kingdom of Saint Christopher and Nevis. Furthermore, Nevis is reportedly a quarter Filipino, a quarter Indian, and half Portuguese. Therefore, Nelly decided to raise her in Toronto because of its cultural diversity and grassroots political activism.

Unfortunately, Nevis doesn’t share much of her mother nor her father on Instagram, but they are constantly seen on her VSCO. Therefore, it is pretty safe to assume Nevis has maintained a strong bond with both her parents. Besides, she is also aware of her society’s mishaps and raises voices against harassment and justice.

In conclusion, Nelly Furtado’s daughter, Nevis Gahunia, is a beautiful young girl discovering her interest and having fun with friends. However, we couldn’t stop but question if Nevis will choose to pursue a music industry career or completely deviate. What do you think?

The name Nevis has Spanish origin, which means Snow.