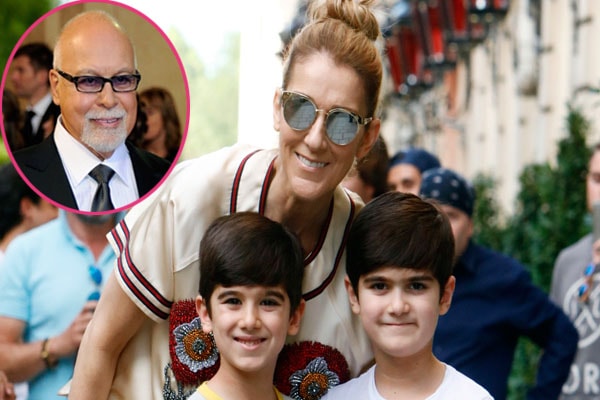 Celine Dion‘s sons Nelson Angelil and Eddy Angelil were born on 23 October 2010, and they are twins. After the several failed attempts to conceive, Celine welcomed her twins with the use of In Vitro Fertilization. She had a miscarriage of one baby during the birth of twins. Celine had her twin children along with her late husband, René Angélil.

Nelson Angelil and Eddy Angelil have an elder brother named Rene-Charles Angelil who has been doing great in music lately and has recorded some debut music that has stolen the public attention.

Nelson Angelil and Eddy Angelil Were Named After Famous Star

Being a mother for Celine Dion is the proudest achievement. After the twins Nelson and Eddy were born, the couple had a tough time picking out the names, but after a week they came out with the interesting facts behind their twins’ names. The nurse called them Baby A and Baby B.

The couple picked the name Eddy in tribute to Celine’s favorite French songwriter, Eddy Marnay who had produced her first five albums. The babies name have specific indulgence in Celine’s past achievement whom she wanted to remember forever. Her other twin was named Nelson, after South African President Nelson Mandela because she had a great honor meeting him once.

The Twins Like To Spend Time With Their Mother

As of now, the twins are eight years old, and they are having a great time with their mother. In every special occasion like vacation tours, Christmas and Halloween, the twins can be seen enjoying with their mama, and they often have the same dressing style which will often make you confused to recognize. Well in 2017, they made a trip to Paris, and it looks like Celine Dion and her children had a blast.

It seems like they are putting their best efforts to forget the painful past about their beloved daddy, René Angélil who died of Heart attack in 2016.

We all know the fact about how painful it is to lose someone in your family. Celine Dion and her kids had a tough time after the death of Rene Angelil. Nevertheless, the family’s bond has grown much stronger and closer. On Celine Dion’s 49th birthday, her children surprised her by sending a special video message.