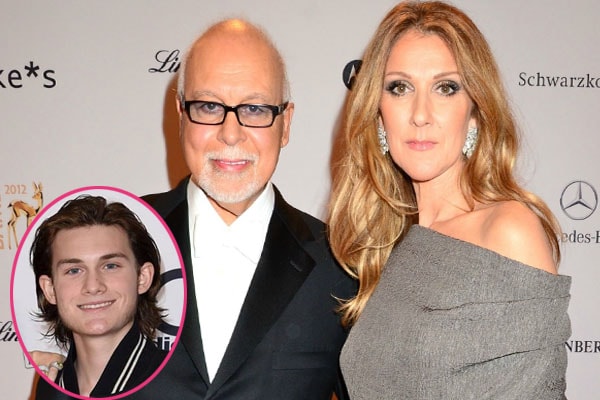 The music Icon Celine Dion‘s son Rene-Charles Angelil was born on 25 January 2001. Celine had some serious issues regarding fertility which made her almost impossible to conceive a baby. However, with the help of IVF, she bore her first son Rene-Charles in good health.

Rene-Charles has two younger brothers named Eddy Angelil and Nelson Angelil, and they are twins. In January 14th, 2016, Celine Dion’s husband and Rene- Charles’ father Rene Angelil died because of a heart attack. He also had to battle with throat cancer for a long time.

Celine Dion is the iconic singer who has sung famous songs like Titanic’s My Heart Will Go on, Ashes and Recovering especially dedicated to her late husband and many more. Now her son Rene-Charles has also earned the public attention as one of the aspiring singers. Plus if you have known this or not, Rene-Charles Angelil is also a rapper.

Rene-Charles came into limelight during the funeral of his father where he gave the emotional speech which touched everyone’s heart. He has promised his father that he would always keep his standard high as his dad used to have.

Besides being the son of Celine Dion, the public had no knowledge of his work before. Unexpectedly, Celine Dion’s son Rene-Charles made out his debut songs in the SoundCloud  “New & hot” R&B under the name Big Tip. He did the cover songs of The Weekend’s songs “Sidewalks” and “Loft Music.” which reached Number 1. Rene-Charles includes original lyrics in his songs in which he retells his personal experience as the son of famous parents.

He topped the SoundCloud  “New & hot”R&B.

Rene-Charles Keeps His Hope High To Protect His Family Standards

It looks like Rene-Charles would make his promise come true to maintain the family standards. Even though the family had a great loss after the death of Rene Angelil, the Junior Rene is trying his best to bring back the family sparkles. He is already following the footsteps of his mother, Celine Dion.

Celine Dion and her son Rene-Charles share a close relationship. Rene surprised his mother on stage with Billboard Music award.

Rene-Charles is only 18 years old, and he still has lots of possibilities in the future. We are eager to see him on the stage as a lead, rather than a backstage singer. Nevertheless, Celine Dion brought her son on the stage’s screen during one of her concerts. And we have to admit that, Rene-Charles is one good rapper.

Rene is the common first name used by French, Dutch, and Spanish. It is derived from the Latin name Renatus. Charles is the royal name meaning ‘Grown, a man”.