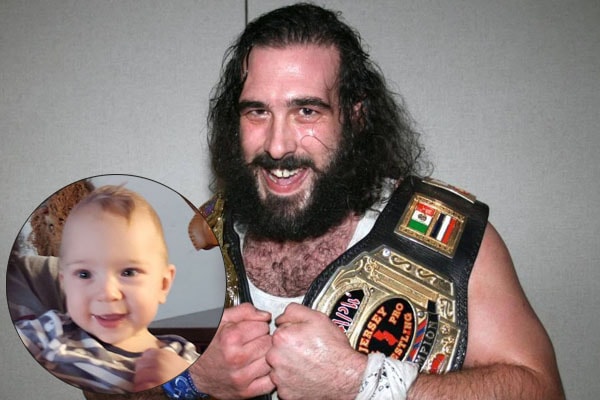 Nolan Harper is the son of Luke Harper

Nolan is not the only child in the family. He has an elder brother named Brodie Harper. Luke named his elder son Brodie after his name Brodie Lee, Luke’s former ring name.

No matter how fearful Luke Harper seems, we must agree on one thing though; his son is really adorable. Not only us and the fans, but Luke himself admits it. Once Luke uploaded a lovely photo of his son and stated that he and Nolan grabs a lot of attention, the little boy is cute, and many women think that Luke stole him from somewhere.

My son Nolan and I get a lot of attention at the supermarket either because he’s really cute or because women instantly assume I stole him from somewhere. pic.twitter.com/va13wCx2j7

Poor Luke, it must be difficult for him to visit places with his son. Maybe that is why Luke doesn’t upload very many photos of his kid Nolan as people might suspect that he might have stolen him. Nevertheless, Luke loves his little one a lot. When the SmackDown Live’s South America Tour began in 2017, Luke left the tour to be with his wife Synndy as she had gone into early labor.

As stated earlier, Luke doesn’t upload that many photos of his kids and wife; maybe he too wants to keep them off the media light. Plus, for some reason, Nolan Harper’s father, Luke, starts every Instagram post with Larry’s name. And till today, no one knows the reason why.

Larry, my own son doesn’t believe in me…….

Now only time will let us know if Luke Harper will also train his son to be a great wrestler like him. Or will he allow the little Nolan to follow his dreams? Unfortunately, Nolan Harper will have to walk on his own and make his father, Luke, proud, who passed away at age 41 on 26 December 2020.

The name Nolan is traditionally an Irish last name. In Gaelic, Nolan means a chariot fighter or a champion. It looks like Luke took his time to give his son Nolan a great meaningful name.