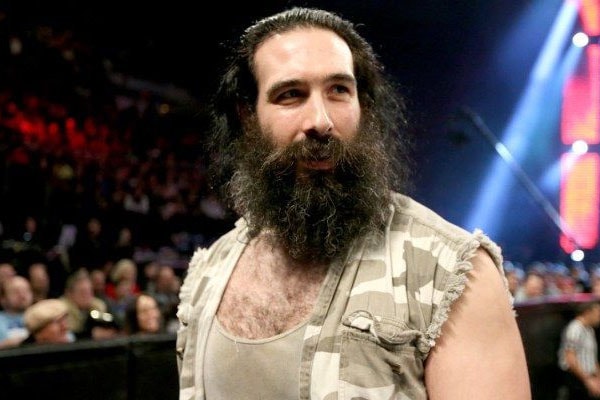 Synndy Synn is the wife of one of The Bludgeon Brothers, Luke Harper. The American wrestler Luke Harper and his wife Synndy Synn got married in 2008 and have been together since then. The gorgeous Synndy is a mother of two children, Brodie Harper, and Nolan Harper. She had both her children with her husband, Luke.

Just like her husband Luke Harper, Synndy is/was also a professional wrestler. Synndy was a huge name back then in the Independent Circuit.

We all know how much of a big name Luke Harper is in the wrestling industry at the moment. But what many don’t know is that his wife Synndy was also a professional wrestler. Despite she never could come into the mainstream, but as mentioned earlier she was a huge name in the Independent Circuit. She had a career span of just six years. She only wrestled from 2003 to 2009.

Maybe Synndy had it with wrestling in just six years. Though it was reported that she was the first-ever female Cruiserweight Champion in her training school. This proves how much of a good wrestler she was. The secret resides with Synndy on why she decided to quit wrestling, and maybe in the near future, she might reveal it too. And as for her husband Luke, he is enjoying his time in the WWE.

Synndy Synn Lives A Life Away From Media

Even though Synndy is the wife of Luke Harper, a well known American wrestler, she tends to stay away from all the spotlight. She doesn’t make any appearance in the media too. Along with that, Synndy is not that active in the social world as she has not got any social media accounts.

Luke Harper’s wife Synndy Synn kind of loves living a low-key life. And as for her husband Luke, he just uploads normal and funny types of stuff and sometimes posts related to his work.

Alongside having a loving husband, Synndy has got two handsome boys. Her elder son Brodie Harper was born in January 2012, and her younger son Nolan Harper was born on December 2017.

Broke The News Of her Husband. Luke Harper’s Death

Brodie Lee, aka Lee Harper, unexpectedly died on December 26, 2020, at age 41. Sadly, Mrs. Synndy Synn broke the news of Harper’s death via Instagram, where she disclosed that Huber died of a lung issue. She also clarified that his disease was not related to COVID whatsoever.

Furthermore, Harper’s wife, Amanda, aka Synndy, revealed that he rested surrounded by loved ones. She also thanked Jobathan’s wrestling company for providing tremendous support during the difficult times.