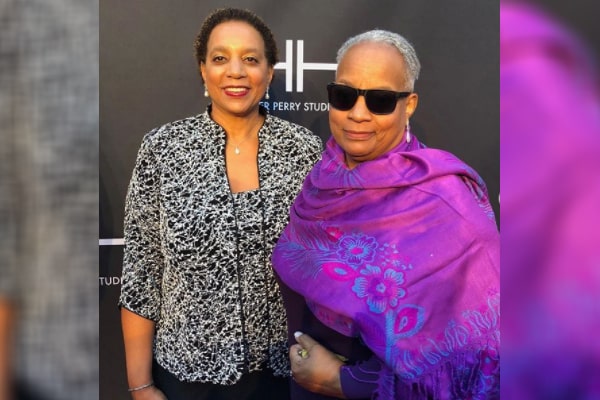 Ossie Davis was an American film, television actor, poet, author and civil rights activist.  He married his co-star and Oscar nominee, Ruby Dee, with whom he frequently performed. The couple were named to the NAACP ImageAwards Hall of Fame and were recipients of the Kennedy Center Honors.

Along with values, Davis-Dee shared three beautiful children from their life-long marriage. As a result of their upbringing, all three of them, son, Guy Davis, and daughters, Nora Davis Day and Hasna Muhammad Davis are successful and took up humanitarian acts. We will be talking about one of the most grounded siblings among three, Ossie Davis’ daughter, Nora Davis Day.

Had A Humble Childhood

Although Ossie Davis was a huge name back in the day, the three Davis siblings had a humble upbringing. Ossie Davis’ daughter, Nora Davis Day, prefers to call her growing days ‘bean days’ when they didn’t always have meat for dinner.

While talking to Ebony, Nora recalled her childhood where stars like Sidney Poitier or Harry Belafonte came, but for them, they were only visitors, uncles, and aunts. Furthermore, she recalls having to clean the bathroom, take out garbage, shovel the snow, and be humble. She never recalled a sense of greatness.

Ossie Davis’ daughter further talked about being involved in the conversation, but as a child, they’d make coffee with their grandma. So, despite being born in a famous household, Nora and her siblings never developed the sense of the grandeur and had a humble childhood.

Aforementioned, Nora is not the only child but one of three. She grew up with her siblings, Hasna and Guy Davis. Bothe Nora Davis Day’s siblings are incredibly talented and have established themselves in their respective careers.

Nora Day’s sister, Hasna Muhammad, is a talented photographer, poet, writer, and former educator. Hasna’s educational background is pretty impressive, along with her humanitarian acts. Likewise, her brother, Guy Davis, is an actor and blues guitarist.

All three siblings are pretty close to one another and never get tired of talking about their parents. Let’s hope the sibling bond remains the same and continue to keep their parents’ legacy.

Is An Educator & Philanthropist

While talking about Ossie Davis’ daughter, Nora, she is an educator herself and is pretty active in philanthropic works. Education was an integral part of the Davis family, and hence they learned from school and their surrounding.

Furthermore, Davis’ daughter, Nora, seems to be a very private person. Thus, we do not have details about her profession, but while talking about scholarship provided on the occasion of Ossie Davis’ hundredth birthday, Hasna revealed about Nora being an educator.

She further revealed how they’d had the opportunity to deal with students in public and through their higher education. Besides that, no precise information is available on the internet, nor is she present in any form of social media.

Although Davis’ kid is away from the public eye, she occasionally makes appearances to talk about her parents and wanting to keep their legacy intact. Besides, Nora’s contribution to society via their organization, Ossie Davis & Ruby Dee, Crumb Navigation, etc. shows she is keen on helping others.

Let’s hope to hear more of her in the coming days.

The name Nora has an Irish origin, which means honor.