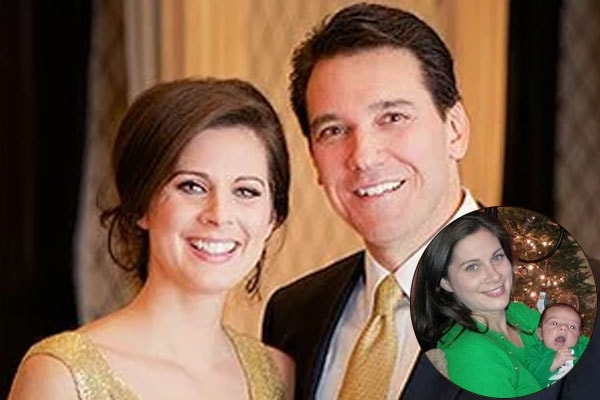 CNN Journalist Erin Burnett‘s son Nyle Thomas Burnett Rubulotta was born on the 29th of November, 2013. Nyle Thomas is the eldest son of Erin with her husband, David Rubulotta. During the time of his birth, Nyle weighed in at 8 pounds and 10 ounces.

Nyle Thomas is not the only child of Erin Burnett; he has got a younger sister named Colby Isabelle and Owen Thomas Burnett Rubulotta. As Nyle is the firstborn of Erin Burnett and her husband David Rubulotta, Erin stated that they were lucky to have him.

There is always a responsibility for being the eldest son of the family and it seems like Nyle Thomas is experiencing it since his early age. He is a loving and a caring brother for both of his younger siblings. When Erin Burnett’s youngest son Owen Thomas was born, she uploaded a photo of Nyle and Colby Isabelle keeping their baby brother in their lap. Nyle shares his middle name ‘Thomas’ with his small brother Owen as well.

Along with that when Erin Burnett’s daughter, Colby Isballe was born Nyle was there too keep his newly born sister by his side.

We bet that like any other elder brother, Nyle Thomas will also grow up to be someone whom his siblings can look up to.

Nyle Thomas Is Always By His Mom’s Side

Nyle is the apple of his mother’s eye. Going through Erin’s Instagram, we can see how much the duo of the mother-son pair is close. That doesn’t mean Erin discriminates among her children; she loves everyone equally. Erin rarely uploads photos of her children, but at times she uploads awe videos of her younglings.

Erin Burnett and her son Nyle Thomas look adorable together. Rather than his father David Rubulotta, Nyle Thomas somewhat looks like his mother, Erin.

The name Nyle has got different origin. In Celtic, it means ‘Champion,’ and in English origin, it means ‘Island.’

As for the name Thomas, it is a medieval personal name of Biblical origin It is derived from Aramaic “tē’ōma ” which means “twin.”