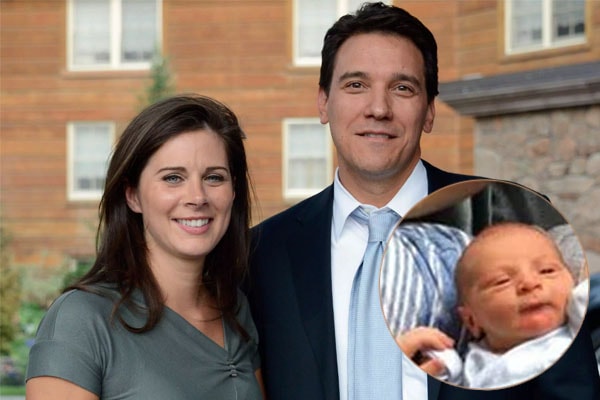 The newly born Owen weighed 7 pounds and 15 ounces and was measured 20.5 inches. Erin Burnett is now a mother of three, including son Nyle Thomas Burnett Rubulotta and daughter Colby Isabelle.

After the arrival of Owen Thomas Burnett Rubulotta, the happiness of the whole Burnett Rubulotta family contained no boundaries. In an interview with the People, Erin and her husband David stated that everyone is in awe and the newly born has already started bringing joy. Along with the joy, Erin Burnett’s son Owen Thomas also brought a lot less sleep.

After the baby’s arrival, CNN also released news welcoming Owen Thomas and congratulated Erin Burnett for the newest addition to her family.

As it’s been just a few months of Owen arrivals, Erin hasn’t revealed many photos of her son, but with what we have got it looks like, Nyle Thomas and Colby Isabelle is getting to know their little brother.

Well, once Owen grows up we hope Erin will release plenty of pictures of her little one for her fans to see.

Owen Thomas has got two elder siblings, a brother, and a sister. His older brother Nyle Thomas Burnett Rubulotta was born on the 29th  of November, 2013. As for his older sister Colby Isabelle, she was born in July of 2015.

We can not wait when the 42-year-old anchor starts uploading photos of her little ones having fun and enjoying with one another. Plus who knows, the cute Owen Thomas might also follow his mother’s footsteps and enter into the world of journalism.

The name Owen is a traditional Welsh name. It means a noble or a young warrior.

As for the name Thomas, it is derived from the Aramaic tē’ōma which means a twin.