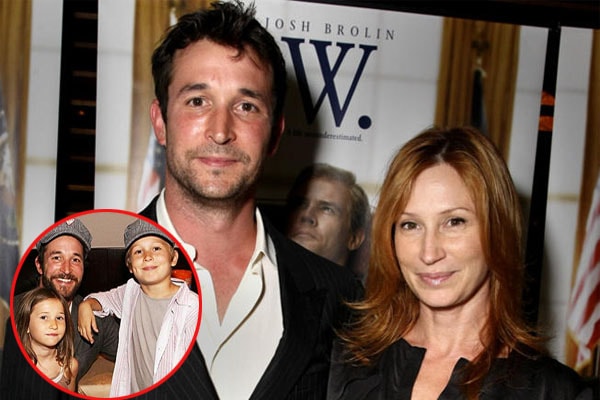 Owen Strausser Wyle and Auden Wyle are the two first children of American actor, Noah Wyle who were born from his marriage with Tracy Warbin. The couple got married in 2000, had Owen Strausser on November 9, 2002, and, Auden on October 15, 2005. Unfortunately, the couple split in 2010. Currently, Noah Wyle is married to Sara Wells. Whereas, in the case of their mom, she still seems to be single.

Owen And Auden Share A Healthy Relationship With Their Closed Ones

Noah Wyle’s children Owen and Auden were just young kids when their parents decided to split in 2010. There wasn’t any news regarding their custody, but while going through their status, they don’t look as if divorce has badly influenced them at all. They still share happiness and smile whenever they appear with their parents. It gives us the fact that they are still in good terms. On Owen’s 16th birthday, Noah’s fan page had posted a picture on Instagram which was a lovely moment to witness.

Owen and Auden had been in the media spotlight from an early age. Their father had consistently brought them on media spotlight. Once they were spotted at the premiere of Despicable Me in the year 2010, even on various occasions, they would often get located with their parents in public area. Even though their parents eventually ended up in divorce, the former couple did their best to raise their children.

Nevertheless, the divorce hasn’t ended Owen and Auden from seeing their dad.  The cute children of Noah Wyle also share a loving relationship with their step-mother Sara Wells. They are at times seen together which assures us that everything is fine in Noah Wyle’s family. Though Owen and Auden haven’t been often spotted together with their younger half-sister, Frances, considering their healthy environment, we are pretty sure that they must be having a great time with her as well.

As of now, these two kids are in mid-teens. They must be a high school student now. Comparing to what they used to be before; there is less appearance of Noah’s children in the media. It looks like they may be trying to avoid cynical remarks from the public.

Owen is a traditional Welsh name which means young warrior or well-born.  Strausser doesn’t have a specific meaning, but it happens to be originated from the ancient province of Altmark.

Auden is a boy’s name, and it’s a name generated from old English origin which means “Old Friend.”