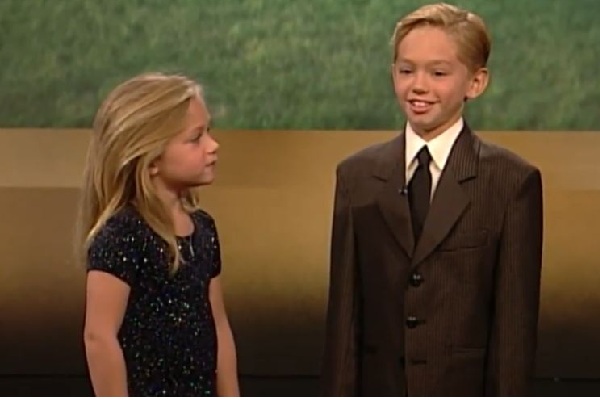 Pat Sajak is not a new name in the American television industry. This man is mostly known for one thing- the television game show Wheel of Fortune. This three times Emmy Award winner has gained name and fame throughout his career as a television host. His professional life has always been the talk of the town, while his personal life has mostly remained under the shadow. You might not even have heard about his family; well, until now.

Coming to his personal life, Pat was previously married to his ex-wife, Sherrill Sajak, from 1978 to 1986. Then he married his current wife, Lesly Brown Sajak, in 1989. While Pat did not have any children with his former wife, he has two wonderful children with Lesly Brown. This article is going to be about Pat Sajak’s son Patrick Michael James Sajak.

Patrick Michael is the eldest son of Pat Sajak and his wife, photographer Lesly Brown. The couple welcomed their first child, Patrick, on September 22, 1990. Unlike our expectations, this celebrity kid has preferred to stay far from the spotlight and the media ever since his childhood. It’s quite hard to have a normal life when your father is such a big celebrity, but Patrick has always been like this.

Patrick Had Appeared In His Father’s Show, The Wheel of Fortune

Patrick’s father respects his decision and lets him live a normal life. However, Pat Sajak’s son Patrick has shown up in one of the episodes of the Wheel of the Fortune as a child. Along with his sister Maggie Marie Sajak, he tried to copy Pat and his co-host Vanna White. A glimpse of his video is available on the YouTube channel of Wheel of Fortune.

Patrick was spotted in the media as a child for his appearance in a cartoon called Rugrats as an animated character. It was in 1994 when his father was featured as a character with his real voice. Patrick accompanied his father on the same segment called ‘Chuckie is Rich.’ He was three years old at that time. So this was quite an accomplishment for the little child.

The child we had spoken about previously has now grown up into a young handsome man. Every other thing about him might have changed- except for the fact that he likes to keep his personal life private. Even until now, it is seen that he does not enjoy media attention. He likes to keep his profile really low, which is why he has zero social media engagement.

Though his personal life is quite a mystery, he was spotted on a match with his father. It’s tough to maintain a private life when your father is such a big personality, and your family is followed by paparazzi most of the time. These paparazzi have come to find out that Patrick and Maggie still live with their parents at the family home in Severna Park, Maryland. Another interesting fact is that this handsome 30 years old lad is not married yet. As he likes to keep his life under the radar, there is no information regarding his past or current relationships.

Patrick is named with Latin origin. The meaning of Patrick is ‘King,’ ‘Ruler.’ Michael is a name of Hebrew origin and has a meaning ‘Who is like God?.’ James is a biblical name meaning ‘Supplanter’ or ‘replacer.’