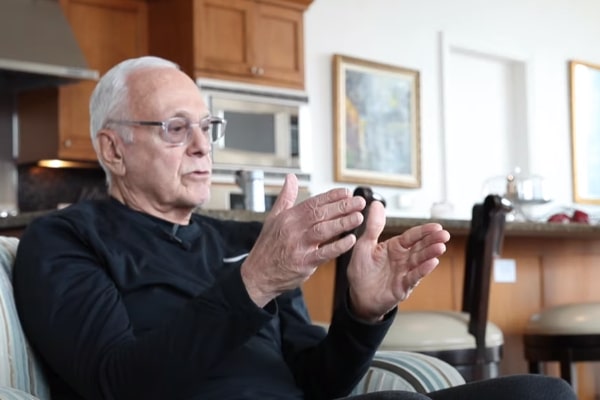 Larry Brown is a former basketball coach and player who was the head coach for Auxilium Torino of the LBA. Making history with 1000+ wins, Larry won both an NCAA national championship and an NBA title. Moreover, he has a record of 1,275-965 professional coaching records in ABA and the only NBA coach to lead eight teams to the playoffs.

Aforementioned, Larry Brown went through a failed marriage before he met his soulmate, Shelly Brown.

Larry Brown’s wife, Shelly Brown, is a former realtor. She used to revamp a house and sell it. However, after marrying one of the elite coaches in the NBA, she left the realtor world to become a supportive wife. Unfortunately, there is very little information about Shelly Brown’s life before meeting Larry except for her real estate license.

However, according to Daily News, Larry Brown’s wife, Shelly Brown, revealed that she does the same even today. They buy houses, Shelly designs them and vamp it up a little and sell them. Therefore, she states her career stable.

Married After A Year Of Meeting

Sometimes, abrupt connections make the most beautiful moments of life. Among such sudden relationships, Larry Brown’s wife, Shelly, happened to meet him while she was a licensed real estate agent. The couple had first met when Larry was looking for a house in California after entering the Clippers in 1992.

Interestingly, Mrs. Brown did not reckon with Larry and treated him as a customer and not a famous basketball coach. Although Shelly was never interested in competitive sports, she fell in love with one of the finest coaches in NBA history.

Furthermore, the couple decided to share vows after a year of meeting. They walked down the aisle on 4 September 1993 and welcomed two beautiful babies. Moreover, the couple is exceptionally active at keeping their marriage private. However, Mrs. Brown does appear at events alongside her husband.

Similarly, another sensational topic people might find about the Brown couple is their massive age difference. Well, despite the enormous age difference of at least two decades, they still manage to complement one another. So, love is all that counts. Moreover, Shelly is pretty supportive of her husband’s hectic career and has defended his career.

Moreover, both LJ and Madison attended SMU, where Larry served as a basketball coach. During an interview, former SMU coach Larry revealed that he had a great time coaching in SMU and loved the fact that his son, LJ, lived with him. Moreover, Larry talked about how LJ would refuse the pro games, citing them predictable, but he loves the college games.

Although there isn’t much on Larry and Shelly Brown’s daughter, Madison, she must be having a great time together. Larry Brown’s children from his previous marriage, Kristen Brown and Alli Brown are pretty close to Shelly. She further said that her step-daughters are mothers and she enjoys playing with her grandchildren.

Well, there’s not much of Shelly on the Internet except a few interviews defending her husband’s career and revealing extremely little information about herself. However, we hope to see more of her in the coming days.