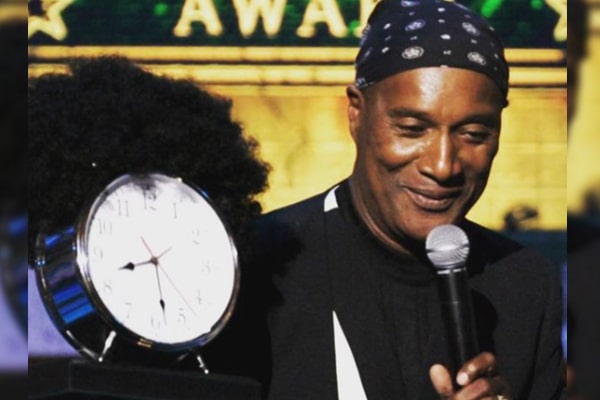 Paul Mooney was an American comedian-cum-writer known for The Buddy Holly Story and Chappelle’s Show. Besides a triumphant career, he was most recently linked to singer Chaka Khan and had a few high-profile relationships.

Furthermore, Mooney is also a doting father of four with his first wife, Yvonne Mooney. Well, five actually until he lost his son, Symeon Mooney, in a tragic incident in 2001. Therefore, here, we shall talk about who Paul Mooney’s son, Symeon, is and what happened to him.

Paul Mooney was an exceptional talent in the entertainment industry, and his writing was a vital uproar for the betterment of society. If we forgot to mention, Paul Mooney was also a social critic.

Besides, Paul was involved with some prominent names in the entertainment industry, recent talk of the town being Chaka. Apart from rumors and controversies, he is a doting father of five kids he welcomed with his first wife, Yvonne Mooney.

The former pair exchanged vows in 1973 and welcome five kids together, Symeon Mooney being the youngest. Moreover, both Paul and Yvonne were in the entertainment industry. While Symeon’s father was prepping to become the best writer-cum-comedian, his mom was busy establishing her name in the 70s as a model/actress.

Moreover, Paul Mooney’s son, Symeon, grew up with his sibling, Dwayne Mooney, Daryl Mooney, Shane Mooney, and Spring Mooney. Sadly, things did not work out between Symeon’s parents, and hence, they ended up divorcing.

Despite the separation, Paul Mooney’s children were always very close to him. Also, unfortunately, Symeon’s mother stays away from the media approach, and hence, we do not know much about their relationship. Regardless of the privacy, they must have maintained quite a beautiful bond with one another.

As mentioned earlier, Paul Mooney’s son, Symeon, was pretty close to him. However, his life was cut short in 2001. According to LA Times, he died on October 20, 2001, at the young age of 20, after being stabbed.

Unfortunately, there are no details about where, how, and why Symeon got stabbed. But losing a son and a brother is always difficult, especially for a father. Hence, Paul remembered his kid every now and then via his Instagram.

Although Symeon died young, his twin brothers, Dwayne and Darryl Mooney followed his father’s footsteps into the comedy world. Meanwhile, their sister, Spring, started her own venture. Symeon Mooney’s father, Paul Mooney, followed him on May 19, 2021. He died of a heart attack at age 79  in Oakland, California.

Furthermore, Paul Mooney’s death was announced by his publicist Cassandra Williams. Likewise, his daughter, Spring Mooney, shared her emotions on her social media handles claiming, she lost her best friend. Interestingly, while Mooney’s other kids are silent on their social media, other stars poured their tribute via Instagram for the pioneering comedian.

Some of the stars who shared their heartfelt condolences are Viola Davis, Ava DuVernay, Maxwell, comedian W. Kamau Bell and many more.

Although it is the saddest to lose one of the prominent names in the entertainment industry, Paul Mooney now gets to spend quality time with his late son, Symeon.

The name Symeon means obedient and has a Hebrew origin.