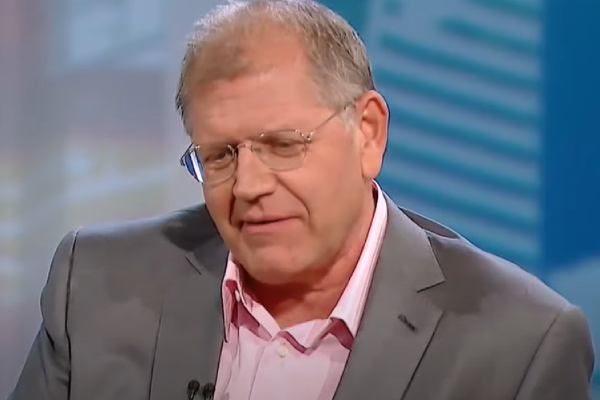 Robert Zemeckis is not an unfamiliar name in the entertainment industry. The writer-cum-director is known for his movies like the Back To The Future trilogy, Romancing The Stone, and Who Framed Roger Rabbit. The filmmaker is often credited for the early and successful use of visual effects in movies like Back To The Future and Forrest Gump. Robert won an academy award for Best Director for his movie Forrest Gump which starred Tom Hanks.

Robert’s career is obviously the main highlight of his life. He also mentioned that he sacrificed his personal life for his work until he succeeded, and that was when he won an academy award at the age of forty-four. With that said, he has become a family man over the years and is now a father of four children. While you might be interested to know about the filmmaker’s family life, in this article, we will be focusing on Robert Zemeckis’s son Alexander Francis Zemeckis.

Only Child Of Robert Zemeckis With Actress Mary Ellen Trainor

Robert Zemeckis married actress Mary Ellen Trainor in 1980. And the couple had their only child Alexander Zemeckis on the 11th of December, 1985. The pair was together for twenty years till the year 2000, but things did not go out as planned, and they ended up having a divorce. Their relationship was affected by Robert’s workaholic nature and his inability to provide time for his family.

Robert went on to marry Leslie Harter in 2001. They are parents to three children Rhys Zemeckis, Zsa Zsa Rose Zemeckis, and Zane Zemeckis. As for Mary Ellen, she apparently stayed single until her untimely death in 2015 due to pancreatic cancer.

Alexander has got two half-brothers and a half-sister from his father’s side. But as the Zemeckis family is pretty secretive about their personal lives, there is not much information about what their relationship is like. As the eldest of the bunch, Alexander Zemeckis’s siblings must have looked up to him a lot. Even though we don’t know much about Alex’s relationship with his stepmom, let’s hope everything is fine between them.

Robert Zemeckis’s kid Alexander Zemeckis made his debut in the entertainment industry through his father’s movie Forrest Gump where he played a small character of a school busboy. While Robert dedicated his whole life to filmmaking, Alexander seems to be a little less enthusiastic about the industry. The actor has been featured in other projects just twice, which includes Contact and Rabbit Fever. According to IMDb, Alexander was also part of Beowulf and The Polar Express as an additional crew.

Robert Zemeckis’s eldest child, Alexander, was last seen in the industry all the back in 2007 while being part of Beowulf. The 35-year-old has yet to make an appearance after that. While he must have been engaged in other work since he is not active in social media, we don’t really know about his career path. He also has minimal public appearances but let’s hope we can see more from him in the coming days.