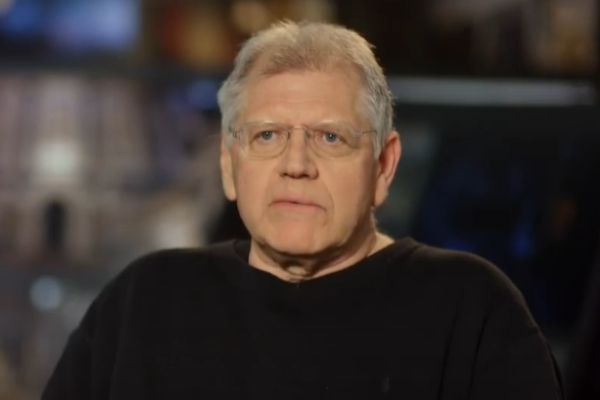 Robert Zemeckis is a big name in the movie industry as the director, producer, and writer of numerous high-profile films. Zemeckis is especially known for the extraordinary use of visual effects in his movies from the 1980s and 1990s. Movies like Back to the Future and Forrest Gump are few examples where the filmmaker used visual effects to enhance the storyline. Zemeckis even won the Academy Award for Best Director for his incredible work in the movie Forrest Gump.

The abovementioned information might be common knowledge for many movie fans. But on the flip side, the talented American filmmaker’s personal life, especially his children, remains a mystery. And that is why we’ve tried to accumulate as much information about his family life and children. Read the article to learn about Robert Zemeckis’ daughter, Zsa Zsa Rose Zemeckis, with Leslie Zemeckis.

Director Robert Zemeckis and his wife Leslie Zemeckis welcomed their only daughter Zsa Zsa Rose Zemeckis into this world in July 2007. The couple was anxiously awaiting the birth of their little princess and were more than happy to welcome her to the family. Robert and Leslie love to give a unique name to their children, and it seems like they used all their creativity in naming their baby girl. They came up with the name Zsa Zsa which is quite unique and decided to give her the middle name Rose as a tribute to Robert’s late mother, Rose Zemeckis.

The Forrest Gump director Robert Zemeckis and his writer wife, Leslie Zemeckis welcomed their baby girl after nearly six years of their marriage. The couple got married on December 2, 2001, after quite some time of dating. They were already the parents of two kids before the birth of their youngest one. Let’s learn about Zsa Zsa Rose Zemeckis’ elder siblings.

Robert Zemeckis’ daughter, Zsa Zsa Rose Zemeckis is the youngest in the family and has two elder brothers, Zane Zemeckis and Rhys Zemeckis. Zane Zemeckis is the eldest of all, followed by Rhys and Zsa Zsa. Since the celebrity couple does not like to disclose their personal information, the exact date of their birth is unknown. We don’t know much about the Zemeckis siblings’ lifestyle, but with the combined net worth of their parents estimated to be around $62 million, they are living a luxurious and happy life.

Zsa Zsa Rose Zemeckis also has a half-brother from her father’s previous marriage with Mary Ellen Trainor. His name is Alexander Zemeckis, and he has been involved in many movies, including Beowulf, Forrest Gump, and The Polar Express.

As aforementioned, Robert and Leslie want their children to have a normal life. They don’t want their children to face media scrutiny and to get followed by paparazzi. They try to keep their children away from the eyes of the media as much as possible, and to date, they’ve been pretty successful in doing so. The media do not even have a single photo of Robert Zemeckis’ daughter, Zsa Zsa, and her brothers.

As of now, Robert Zemeckis’ youngest child, Zsa Zsa is 13 years old and living in Santa Barbara, California, with her parents and siblings. Apart from that, there is no information available about her. We have to wait and watch until the couple decides to unveil some information about their daughter.

‘Zsa Zsa’ is a feminine name of Hungarian origin, and it means ‘God’s Promise.’ This name was derived from the Hebrew name ‘Elizabeth.’ And the middle name ‘Rose’ is a name of Latin origin, which means ‘rose, a flower.’