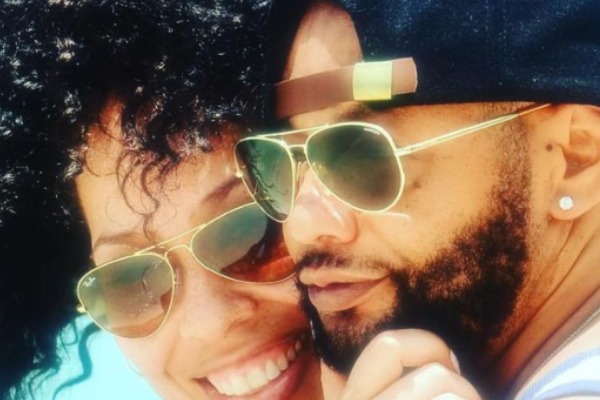 Bernard and Alex have been together for more than two decades. Image Source: Instagram/bernarddean2778.

Alex Martin is known for her work in the movies as an actress as well as a film producer. The 47-year-old has been part of some well-known projects throughout her career, including Sister Act 2: Back in the Habit, Quest of the Delta Knights, and American Intellectuals. She was also awarded the title of Miss Golden Globe at the 1994 Golden Globe Awards.

Alex has been definitely making a lot of significant names for herself through movies and her own mother Whoopi Goldberg. She has been getting attention since birth because of her mother’s prolific career, but her personal life has remained under the radar for the most part. Alex married her husband, Bernard Dean, twice had has lived with him for more than decades; why don’t we take a look at some interesting facts about Alex Martin’s husband, Bernard Dean.

Bernard And Alex Have Divorced Twice And Married Thrice

Alex Martin’s relationship with Bernard Dean has been nothing short of shortcomings and fulfilments. The couple first got together in the nineties, but things took a different turn, and they had to divorce. The couple married again, but similarly, things went sideways, and their marriage ended in another divorce. Alex and Bernard married for the third time in 2011, and the couple has finally found the balance they lacked. The marriage was an intimate ceremony along with the presence of their children and Whoopi.

Bernard’s wife Alex also mentioned in an interview that she and her family had been through a lot together. She furthermore added that she has been married three times, but with the same man, Bernard. She concluded by saying that it’s about love and it’s about growing up, and also it’s about coming full circle.

As it is said, the third time is the charm; Bernard and Alex are now enjoying a life with nothing but love for each other.

Bernard Has Two Children With His Wife, Alex Martin

Bernard Dean has two children, son Mason Dean and daughter Jerzey Dean with his wife, Alex Martin. As we mentioned earlier, the couple first got together in the early nineties and gave birth to their first child Jerzey Dean in 1995, and three years later, Mason followed her. Alex also has a daughter named Amarah Skye from her highschool lover, who was raised by Bernard as his own daughter.

The Dean family is pretty close to each other, and with two daughters and a son, Bernard is a proud father that all of his children have now grown up.

Alex Martin’s husband Bernard seems to have a daughter named Chloe Dean as she has been featured on his Instagram page multiple times. It has not been revealed who Chloe’s mother is, and she might have born when Bernard and Alex were divorced. As for her mother, things probably did not end well with Bernard, and the couple probably separated.

Bernard has posted about how much he loves his daughter Chole multiple times and will continue to shower her with love. Let’s hope we will soon get to know who her mother is.

Bernard Is Pretty Close To His Granddaughter Charlie Rose

Bernard became grandfather through his step-daughter Amarah Skye at a young age, and it seems the little Charlie Rose is pretty close to her grandpa. Charlie spends quite a lot of time with Bernard, and the two were recently seen spending some joyous time together. Even though Amarah is Bernard’s stepdaughter, he has not made her feel anything less than a real dad.

Bernard must be proud that Amarah turned out to be a wonderful lady. As for Amarah, she sure is lucky to have a dad like Bernard who loves her like his own daughter.

He Is A Big Fan Of Boxer Sugar Ray Leonard

Alex Martin’s husband, Bernard Dean, seems to be a big fan of boxer Sugar Ray Leonard as he also shared a photo alongside him back in 2018, calling him the all-time great. From this, we also know Bernard is a big fan of boxing in general.