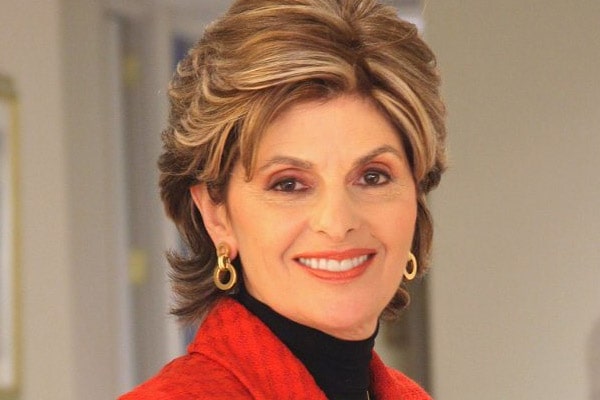 Gloria Allred, born Gloria Rachel Bloom, is the 2020 Lifetime Achievement Award winner. She is one of the most successful women’s rights attorneys in the United States, famous for representing high-profile cases. Allred is also often notable for taking controversial subjects, especially those involving the security of women’s rights. She is the inductee of the National Women’s Hall of Fame.

The Feminist Lawyer Gloria Allred married twice in her lifetime. However, both of her marital relationships did not last long. Here, in this article, please find out more about both of Gloria Allred’s ex-husbands, Peyton Huddleston Bray Jr. and William Allred, and her short journey with them.

The daughter of a former salesman, Morris Bloom, and housewife, Stella Bloom, Gloria Allred tied her marital knot for the first time with Peyton Huddleston Bray Jr. in 1960. Allred met Peyton when both were in their sophomore year at the University of Pennsylvania. Shortly after their wedding, they gave birth to their only child, Lisa Read Bray, on 20 September 1961. At the time, Allred was a senior at the University of Pennsylvania.

Soon after Lisa’s birth, Gloria Allred separated from her first husband, Peyton, and eventually divorced due to his abusive nature. With the help of her parents, Gloria raised her daughter, Lisa, as a single mother. Gloria Allred’s ex-husband, Peyton Jr., who had bipolar disorder, died of suicide some months after their separation. After Peyton Jr.’s death, Gloria Allred’s daughter, Lisa, took her maiden name, and currently, she is known by the name Lisa Bloom.

According to some online sources, Gloria Allred struggled a lot after splitting with her blue-blooded ex-husband, Peyton Jr. She moved back to her mom and dad and earned a bachelor’s degree in English. She worked as a teacher for various elementary and high schools. In her autobiography, Gloria mentioned that she became a rape victim in Acapulco, Mexico, and nearly lose her life from a then-illegal abortion.

American Attorney Gloria Allred’s Second Marriage Was With A Businessman

After several years of the death of Gloria Allred’s ex-husband, Peyton Bray, Gloria wed businessman and an aerospace entrepreneur, Wiliam Allred, in 1968. He also adopted Gloria’s daughter from her first marriage, Lisa Bloom. At the time Gloria met William, Gloria was a high school teacher in Souther-Central Los Angeles while William was operating his company, Donallco. After getting married to William Allred, Gloria joined the Loyola Law School and became a certified feminist lawyer.

Various troubles in Gloria and William’s marital life started when authorities launched their investigation of Donallco contract irregularities in 1985. As Gloria was already an established feminist lawyer at that time, she feared adverse publicity. So, Gloria and her now-estranged husband, William, decided to sham divorce in early 1986 to save their public image.

Gloria Allred’s ex-husband, William, lived far from Gloria, as they had decided for some months. However, on the day of his conviction, Gloria informed him that she wanted an immediate divorce. And this is how Gloria separated officially from her second husband, William, in 1987. After their divorce, the former couple divided their real estate holdings. Moreover, Gloria got their 4000 sq. foot Pacific Palisades Condominium and two commercial properties. Currently, Gloria Allred’s ex-husband, William Allred, has remarried and living a happy life with his present wife.

After two failed marriages, Gloria Allred is currently enjoying her single life. She is living a happy life as a doting mother. Moreover, Gloria Allred is also a proud grandma to two grandchildren, Sarah Wong Bloom and Samuel Wong, whom her daughter, Lisa, had with her ex-husband Jim Wong. Currently, Lisa Bloom is in a marital relationship with Braden Pollock, the founder of Legal Brand Marketing.

At the moment, Gloria Allred lives a single life in Los Angeles while her ex-husband, William Allred, lives a quiet life away from media scrutiny with his new family.