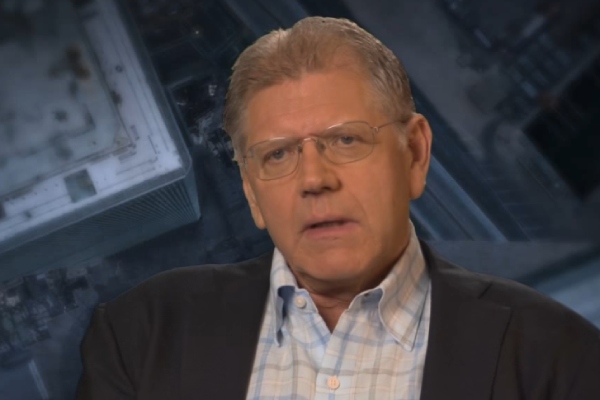 Robert Zemeckis ( Robert Lee Zemeckis) is a widely recognized name in the American film industry. Zemeckis is a director, writer, and producer of many blockbuster movies. The main reason behind his fame in the industry is his extraordinary use of visual effects in his movies like Back to the Future, Forrest Gump, etc. He even received the Academy Awards for Best Director for the movie Forest Gump, which starred Tom Hanks.

The fact that this great director is a boon to the film industry is known by audiences all over the world. But what about the secretly maintained private life of his children? Many movie fans are curious to know about the hidden life of the children of this acclaimed director, and that is why we have prepared this article. So stay till the end to meet Rhys Zemeckis, Robert Zemeckis’ son, with his wife, Leslie Zemeckis.

The Eldest Son of Robert Zemeckis With Leslie Harter

Robert Zemeckis and Leslie Zemeckis welcomed their first child, Rhys Zemeckis, in 2003. The couple was delighted to hold him in their arms for the first time as it was their first experience as parents together. The couple had gotten married on December 4, 2001, and welcomed Rhys into their lives after two years of marriage.

As of now, Robert Zemeckis’ eldest child Rhys Zemeckis is in enjoying his life as a teenager. Rhys receives immense love from his parents, but he is not their only child. Robert and Leslie have welcomed two more children to their family. Let’s meet them.

As stated earlier, Robert Zemeckis’ son, Rhys Zemeckis, is the eldest child in the family. He has two younger siblings – one younger brother and a sister. Rhys’ younger brother Zane Zemeckis was born in 2004, and his younger sister Zsa Zsa Rose Zemeckis entered this world in 2007.

Apart from this, we don’t have much information about their life and interests. But what we know is that Rhys Zemeckis and his family live a luxurious life since Robert Zemeckis’ net worth is estimated to stand around the massive sum of $60 million.

Rhys Zemeckis Has A Half-Brother

Along with his younger siblings, Rhys Zemeckis also has a half-brother from his father’s first marriage with late Mary Ellen Trainor. Unlike all of Rhys’ other siblings, his half-brother has been in front of the public eyes. His half-brother is none other than actor Alexander Zemeckis. Alexander was born on December 11, 1985, and is best known for his appearance in this father’s movie, Forrest Gump, as a young boy.

As previously mentioned, director Robert Zemeckis and his wife Leslie Zemeckis want their children to live an ordinary life. They don’t want to disclose their children’s identity to prevent them from being followed by the paparazzi. And so far, they have been pretty successful in doing so. The media and the public do not have even a single photograph of Rhys Zemeckis and his siblings.

Robert Zemeckis’ son Rhys Zemeckis and his siblings live with their parents in their lavish home in Santa Barbara, California. However, since Rhys is coming of age, we can expect to see more of him in the future.

The name ‘Rhys’ is a name of Welsh origin. It is a boy’s name, and it means ‘enthusiasm.’