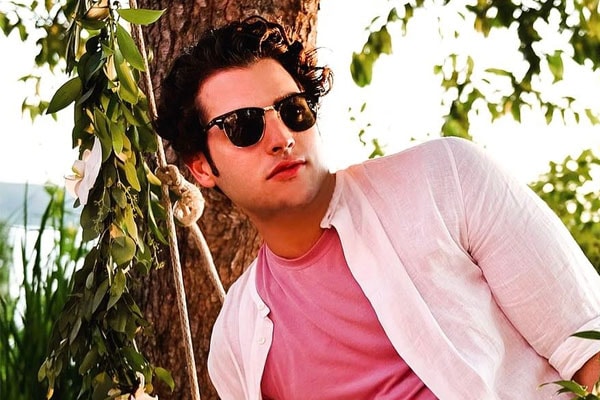 The American model and actress, Stephanie Seymour’s son, Peter Brant Jr., was born in December 1993 as the first child of the couple together. The 24 years old Peter is the elder brother of two adorable siblings- Harry Brant and Lily Margaret Brant.

The proud parents of, Peter Brant Jr., Stephanie, and Peter, walked down the aisle in July 1995 in Paris, France, two years after the birth of their first son. However, the former lovebirds decided to end their marital relationship of over 14 years in March 2009.

The relationship between the son and mother duo is highly questioned. In 2014, Stephanie Seymore raised more than a few eyebrows and set off few incest alarms in very-intimate-bordering-on-sexual familial energy for a mother/son shoot.

This is not the first time the mother-son relationship is in question. The mother-son duo was in an uncomfortable picture smooching in the beach. However, the self-described “socialite and model”, Peter, has taken to Facebook to address the issue. According to Peter, the pictures were completely out of context. Likewise, Peter put down his anger regarding his relationship with his mother and any other uninhibited opinions. Furthermore, Peter II went on to point out that he is homosexual.

The first son of Stephanie and billionaire Peter together, Peter II is famous for stirring up troubles time and again. However, The baby boy of the famous supermodel was under arrest after assaulting an officer. The 24 years old model was waiting to board a flight at the John F. Kennedy airport to meet his father in West Beach, Fla. However, the exuberant teenager was stopped by the officials for “obscene language and making unreasonable noise.”

Despite trying to talk, Brant became unruly and uncooperative. The officials were then forced to place him under arrest to which Peter responded by flailing his arms and legs refusing to be cuffed. Besides that, one of the officers ended up injured amid the chaos in an attempt to restrain the young boy.

The office assaulting case is not Peter’s first run-in with the law and was previously caught for possession of marijuana in Brooklyn. Furthermore, Mother Seymour had to call the police on her son after a domestic dispute in the year 2011.

Alike Peter, his brother, Harry Brant was also arrested for drug possession in 2016. Unfortunately, Harry died of an overdose of prescription drugs on January 17, 2021. The Brant family released a statement announcing their death where they shared their sorrow and asked for privacy.

The name “Peter” is a masculine name from Old English. The beautiful name Peter is from the Greek word “Πετρος” or Petros and Petrus in Latin, which is “stone” or “rock” in English, The historical name is the nickname Jesus gave to apostle Simon Bar-Jona,