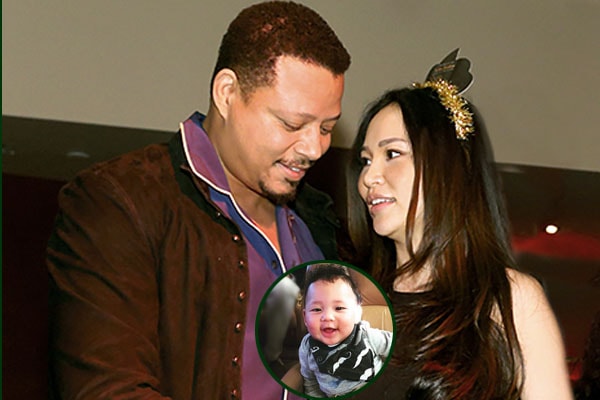 Terrence Howard‘s son Qirin Love Howard was born on May of 2015. Terrance had Qirin together with his wife Miranda Pak. Qirin’s parents, Terrence and Miranda tied their wedding knot in 2013.

However, Qirin Love Howard is not the only child of famous actor Terrence Howard. Qirin has a younger sibling named Hero Howard. He also has three other half-siblings named Heaven Howard, Hunter Howard and Aubrey Howard. Qirin’s father Terrence had Heaven, Hunter, and Aubrey together with his first wife Lori McCommas. Terrance and his ex-wife Lori got married back in 1989.

Qirin Love Howard Is The Middle Born Son Of His Father

A mythical 1/2 dragon 1/2 lion who glides above the land so as not to harm even a blade of grass… meet Qirin Love! pic.twitter.com/dP8RejbO5g

“He’s(Qirin) beautiful and strong and a whirlwind and my wife is so happy.”

Qirin is the fourth child of the fan-favorite actor who has appeared in the hit movies including Iron Man, Gully, Term Life, and many more.

Qirin’s parents, Terrence Howard and Miranda Pak were just about to welcome their first child together before ending their marriage secretly in 2015. Unfortunately, the Empire star divorced his spouse Mira prior to welcoming their baby boy Qirin Love.

According to the New York Daily News, the couple’s split was revealed during closing arguments for his lawsuit with ex-wife Michelle Ghent by a judge. The divorce paperwork revealed that Pak filed for the secret split back in March 2015 and finally got divorced on 27th of July 2015.

However, the parents of Qirin reconciled and got married for the second time later in 2018.

Terrence and Mira named their child Qirin after the mythic Chinese creature, “The Qilin“. As Terrence himself has described the meaning of his son’s name, Qilin, which is believed to be the mixture of a half-dragon and a half lion that comes before time of prosperity.